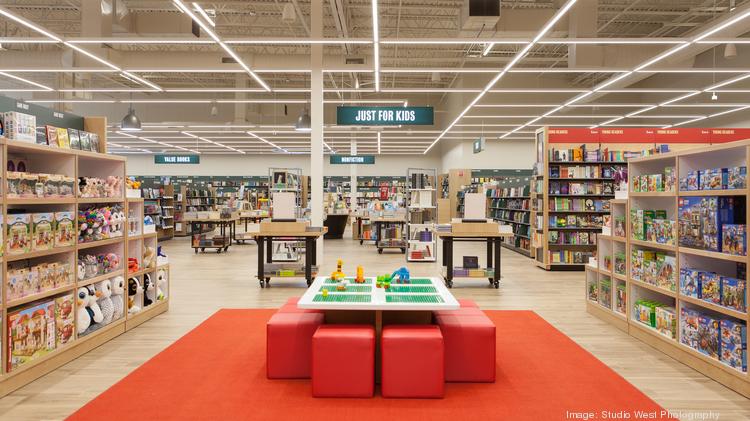 Barnes and Noble was named the #1 Most Reputable Retailer in America by Reputation Institute (RI), a global technology-driven provider of reputation measurement and management services, in their annual US Retail RepTrak study. This is the second year in a row that Barnes & Noble has earned the number one spot.

“Barnes & Noble is proud to be named the #1 most reputable retailer for the second consecutive year,” said Frank Morabito, Vice President of Stores at Barnes & Noble. “Our relationship and reputation with our customers are incredibly important to us, and our over 23,000 booksellers nationwide work hard every day to deliver excellent service, as well as earn the trust and confidence from readers around the country as reflected in our rating. The fact that we have won the top spot once again is a testament to their dedication.”

“Once again, the unparalleled heritage and commitment by Barnes & Noble to a deliver a positive customer experience in serving the greater community of book lovers has earned it a place at the top of the US Retail RepTrak reputation study,” said Stephen Hahn-Griffiths, Chief Reputation Officer at Reputation Institute.

Barnes & Noble is the only retail company in the U.S. to have an “Excellent” reputation in 2019, a rating the Company has held for the last three years. “Excellent” is the highest rating in Reputation Institute’s RepTrak studies, and only 1.8% of companies measured from the 2019 Reputation Institute US RepTrak Study received an “Excellent” rating. The Company also received strong ratings in citizenship, a part of corporate social responsibility, as well as high marks for having a “positive influence on society.”

The US Retail RepTrak is based on nearly 10,000 individual ratings from among the informed US general public and based on an assessment of 81 nominated companies. The survey quantifies the emotional bond the informed general public has with leading companies and how these connections drive supportive behavior such as the willingness to purchase a company’s products, recommend the brand, invest or work for the company.