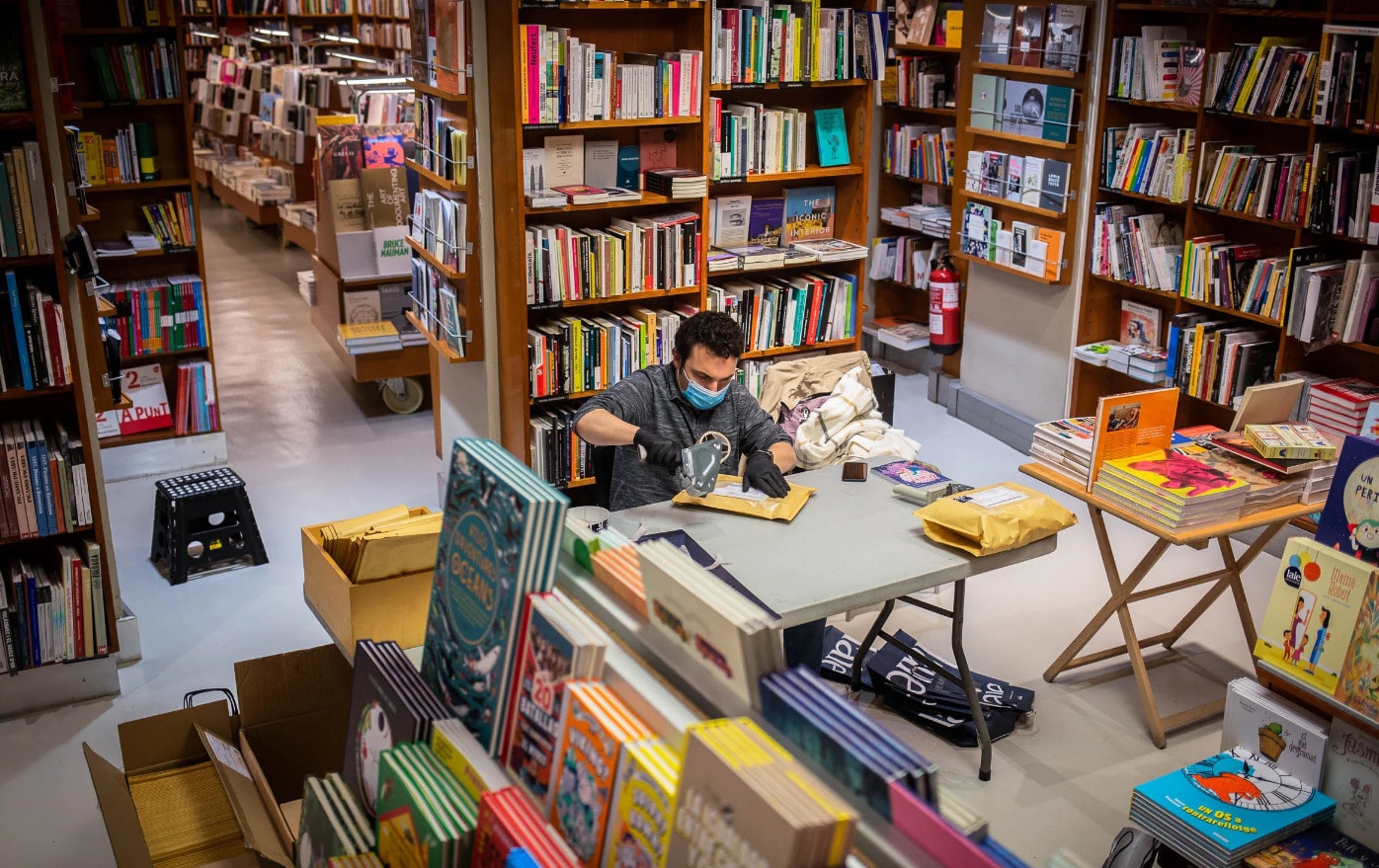 Most chain bookstores in the US remained closed with only a handful that have reopened. Indie bookstores have less constraints and there are more smaller bookstores opened. The decline also incorporates online book sales, which means it is more likely that people are still buying print/hardcover books from Amazon, instead of chains such as B&N or Booksamillion.