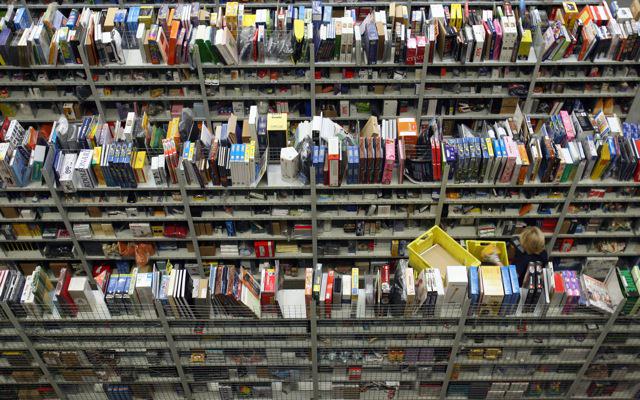 Amazon has announced that it is prioritizing household and cleaning essentials over anything else. They emailed publishers and vendors last week, letting them know that their books will take longer to ship out and this has created a difficult situation where many of the best sellers on Amazon Charts and the Amazon bestseller list are taking 2-3 weeks to be shipped out.

Where the Crawdads Sing by Delia Owens, which was Amazon’s #1 seller on Monday morning is now taking weeks to ship out. But Crawdads was not alone. Other bestselling adult titles such as House of Earth and Blood by Sarah J. Maas, Long Range by C.J. Box, The Splendid and the Vile by Erik Larson, and The MAGA Doctrine by Charlie Kirk were also affected. Any new order for these books and others will ship out on April 21st at the soonest.

“We have temporarily paused ordering for products that are not household staples, medical supplies, or other high demand products,” the Amazon told vendors. “We have extended the shipment/delivery windows for some existing purchase orders to give you more time to fulfill the order. Please ship your products toward the end of the extended window.”

The countries that are affected by this new change are the European Union and the United States, Canadians can still order books from Amazon and they ship fast.

I guess this is the argument in favor of ebooks, you can order them directly on your Kindle, Kobo, Nook or other device and have them instantly appear in the library, waiting to be read. There is no delays with audiobooks or ebooks at all, although the public libraries digital waiting list has soared.