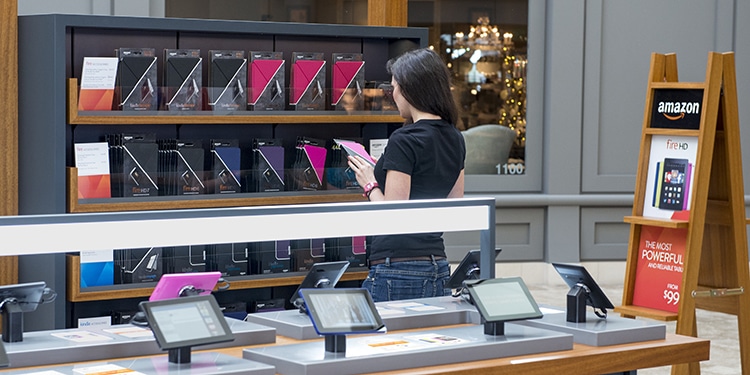 Amazon is on a hiring spree to find temporary and permanent employees, which suggests that the stores could be semi-permanent installations.  They are looking for staff in Texas, Washington, New York, Florida and dozens of other States.

Additionally, it looks like Amazon is also looking to hire a major executive to oversee all of the pop-up stores and implement a unified strategy, design and stock each location with more products. Having a dedicated person in charge is a good move if Amazon plans on expanding this program in the coming years.

Amazon has a road-map for their pop-up store concept. They plan on opening 30 by the end of the year and have 100 of them by late 2017. This in in addition to the Bookstores they have Seattle, Portland, Chicago and other markets.