You are here: Home / Bookselling News / Barnes and Noble is opening a concept store in Texas 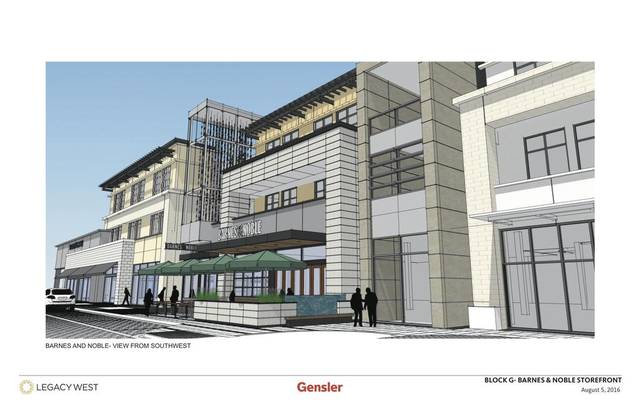 Barnes and Noble is opening a series of concept stores and they intend on serving hot food that is intended to pair well with wine and also offer an outdoor patio for people to chill and read a book. The stores themselves will be quite different from the traditional B&N retail experience, but the company is cagey on exactly this will entail.

I have official confirmation that Barnes and Noble is going to be opening a concept store in Legacy West, the largest new urban destination in Fort Worth. The new store will be 9,000 square feet and is scheduled to open in March 2017.

“It’s a tremendous opportunity to join the list of “best in class” restaurants and merchants opening at Legacy West,” said David Deason, Vice President of Development at Barnes & Noble. “We are excited to be opening a smaller format store, as part of a number of different concept stores that we’re testing nationwide.”

According to Legacy West developer, Fehmi Karahan, “Having a new Barnes & Noble concept store join Legacy West is a huge win; it provides the community a unique experience where people can relax, discover great new books, or meet a friend to listen to an author speak and have a glass of wine. We’re proud to deliver that experience at Legacy West.”

So far, none of Barnes and Nobles new concept stores have opened yet, although the first one is scheduled to open in October in Eastchester, N.Y., about 30 miles north of New York City. It will have amenities like a fire pit and bocce court.  The three other stores will be in the Galleria Edina in Edina, Minn.; the Palladio at Broadstone mall in Folsom, Calif.; and One Loudoun, a mixed-use community in Loudoun County, Va.