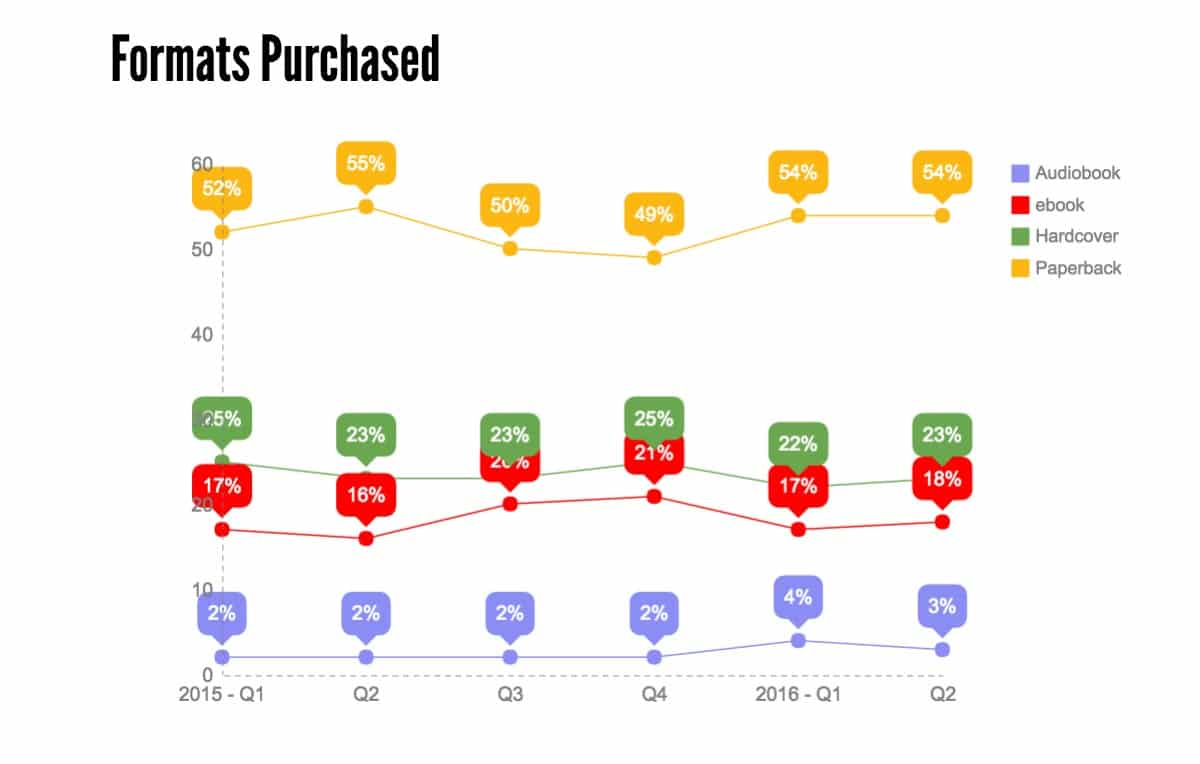 The Canadian book selling industry is certainly not as tumultuous as the United States. Print and digital sales are fairly stable with only a 1% dip in the first six months of 2016 vs the same period last year.

Some genres had a bit of fluctuation in the first six months of 2016, but nothing too dramatic.  Non-fiction titles increased 0.9% over the same period last year. Fiction was down 5.1% over the first half of 2016, while juvenile titles was up slightly by 1.0%.

Booknet Canada conducted a survey to find out more about Canadian reading habits. They compared data from the second quarter of 2015 to the same period in 2016. They found that paperbacks were the most popular and comprised of 54% of all purchases in 2016, down slightly from 55% in the same period last year. Hardcovers placed second, making up 23% of books purchased in 2015, the same share as at the end of the second half of 2016. With 16% of sales in the first half of 2015, e-books come in third, increasing ever so slightly to 18% for the same period this year. Audiobooks also made small gains in 2016, climbing to 3% from just 2% in 2015.