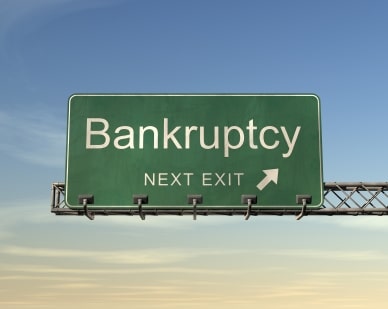 During the last five years since I started covering the e-reader and tablet PC industry, many companies have risen and fallen. There are some very disturbing trends that all of these failed ventures have in common, and many others are on the cusp of falling suit and hopefully could avoid the same fate.

Pandigital, Cool-ER, Endless Ideas, Entourage, and iRex have all fallen by the wayside as the competition has trounced them in sales and marketing. These companies have not only failed because of their sub-par line of devices, but also due to inept senior management.

All of these companies, save Entourage, bought cheap devices from China to re-brand the devices as their own. Most of the factories and OEM developers mainly brand lower-end devices and large quantities have to be ordered to get modern hardware. I have talked to many Chinese Factories and manufactures from websites like Alibaba. They all told me that it is impossible to have a higher performing device with custom firmware, splash screens, and laser etching done on orders less then 10,000. In most cases, you could have this done on very low-end tablets for a lower MOQ. Most of these failed companies simply did not have the resources to buy e-readers and tablets with enough processing power and RAM. This resulted in experiences that basically just built frustration amidst their user base and forced many to return their units for a refund.

There are a myriad of companies besides the failed ones that still adhere to this philosophy of buying sub-par hardware and relying on marketing to sell it. Velocity Micro, Ectaco, Pocketbook, Archos, Aluratek, Ramous, and a slew of others are guilty of releasing a new tablet or e-reader every few months and sales continue to be abysmal. This is mainly attributed to the higher sales cost to break even, whereas cutting edge devices issued by Google, Amazon, Kobo, and Samsung that destroy the lower-end market can afford the high overhead.

The only thing that is saving the companies outlined above is their retail distribution chain. Velocity Micro has one of the largest footprints with Walmart and other big box stores. These companies on your average consumer that has heard about this new e-reader trend, but doesn’t want to spend that type of money. All of the others rely on online sales to push units to customers.

One of largest proponents helping Pandigital, Entourage, Endless Ideas, and other similar small-time companies fail is because of their media and marketing divisions. A small company often does not have the resources to employ savvy marketing and press relations. About the only thing these companies ever did was issue the odd press release or talked about their own product on their official blog. Most have never consulted with tech websites or offered their products for review. They simply relied on their established retail distribution chains and hoped a new device every few months would fuel their growth. In Entourage’s case, specifically, the company lacked the vision on a business level to market the devices directly to educational institutions. Entourage instead relied on strict online sales and word of mouth to propel growth, but obviously the company has failed and is now out of business.

While indie companies may have to compete against very low cost tablets or e-readers from Amazon, Barnes and Noble, Kobo, and Google, and the name power those brands bring, there is still plenty of room for indie companies to succeed. A few years ago you might have heard of a little company based out of India named Notion Ink. It never really had an endearing product, but it was very unique. The company hyped up the Pixel QI connection, a camera that swiveled 180 degrees, and cutting edge design. One of its most notable achievements was staging tremendous viral media campaigns. The company chronicled the entire development process on a hardware and software level on its blog. It took users suggestions, sifting through comments in the tens of thousands on each post. Notion Ink sometimes would even post complex code and show people what they were trying to accomplish. Its marketing blitz transcended online, and CEO Rohan Shravan was a fixture at CES, Computex, and many other international tech events. The company put an “Adam” in everyone’s hands who cared to express interest. It might have fallen off the map in recent years, but Notion Ink is developing the Adam 2, with a more subdued process.

There are plenty of extenuating circumstances on why so many companies failed in the last few years. I don’t pretend to know the inner workings and logistical semantics, but I have talked directly to these companies on many occasions. Their demise is mainly attributed to all the trends outlined above. All of the companies on the cusp of imminent doom have to get their act together in order to stay in business. It is not enough to sit back and let your retailers (if you have them) do all the work. It is critically important that your marketing be your strongest suit. If you continue to sell your tablets or e-readers directly to schools, businesses, government, or other key demographics, you might be in good shape. These days, customers are spoiled by the crazy hardware specs that companies like Google offer with the Nexus. Indie companies simply cannot appeal to the average customer like they did three years ago, when tablets and e-readers were a fresh concept. Your average user is savvy enough to know that a higher resolution and faster processing power will make playing games, watching movies, and listening to music more enjoyable.

If you can’t beat them on price, beat them in their marketing campaign, or develop new business models. It’s the only shot they have.