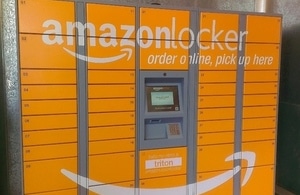 Amazon installed lockers at three West Sussex libraries in the United Kingdom in 2012. The lockers allow the general public to have items shipped out from Amazon and pick them up at the library. People normally do this because they are at work and having things shipped out when they are not home is impractical. The libraries that have the lockers have just issued a report that looks at the financial windfall they provide and lessons learned.

The West Sussex library has stated that setting up the lockers were really easy. Installation was straightforward and only involved putting in a BT line which Amazon organised and paid for. Once the lockers are in, no library staff involvement is required and there have been no operational problems. The only time the library speaks with Amazon is once a year when the lockers are renewed.

It took some time to agree the terms between Amazon and West Sussex County Council’s legal team. Having achieved this, Amazon will hopefully use this experience to build into future draft agreements.