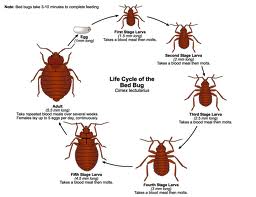 The NY Times is reporting that libraries are trying to deal with the problem of bedbugs infesting their returned books.  Evidently, the parasitic insects like to crawl out at night and hide in books. According to the article, some library patrons have decided never to borrow a book again after receiving an infested book. Reports of infestations have come from libraries in Wichita, Los Angeles, Seattle, and others. According to The Gothamist, NYC seems to be doing pretty well with only a few infestations.

Once the bedbugs infest the books, not only do they travel to a new home when the book is lent out again, they also infest the library and patrons find themselves bitten as they sit in the library’s chairs. Aside from pesticides, the best way for libraries to get rid of bedbugs is by using equipment designed to heat-treat luggage, heating the book to 150-degrees F for 5 hours.

Hurray for ebooks!  No bedbugs, and no viruses so far.