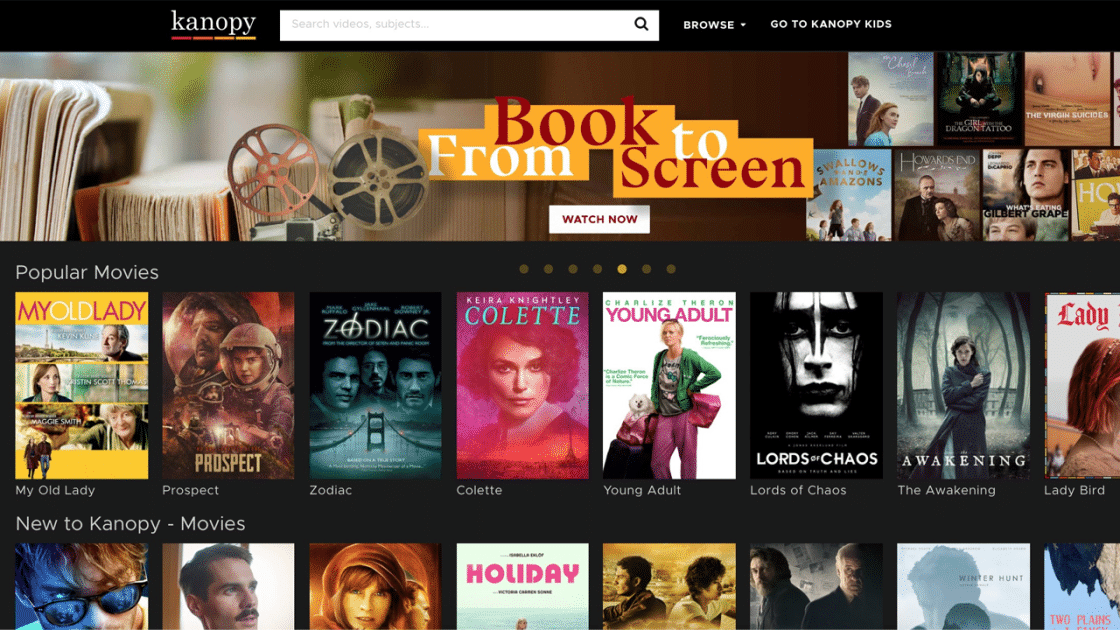 Overdrive has announced that they are going to acquire Kanopy, which is a streaming media company that provides educational content to libraries. Kanopy has 30,000  videos of highly curated films and are used by millions of students and library patrons and is available on all major web, mobile and TV platforms. The terms of the deal were not announced, nor was the availability of Kanopy titles being distributed by Overdrive.

“Kanopy’s impressive catalog of films, shorts, children’s videos and documentaries will enhance options for all institutions to delight viewers of all ages,” said Steve Potash, Founder and CEO of OverDrive. “The Kanopy apps and streaming viewing experience are excellent services to further benefit our network of public libraries and academic partners.”

“Kanopy is thrilled to join the OverDrive family,” said Kanopy CEO Kevin Sayar. “The Kanopy team is excited to bring our passion for film to further our shared goal of helping libraries provide access to valuable media resources that promote lifelong learning.”