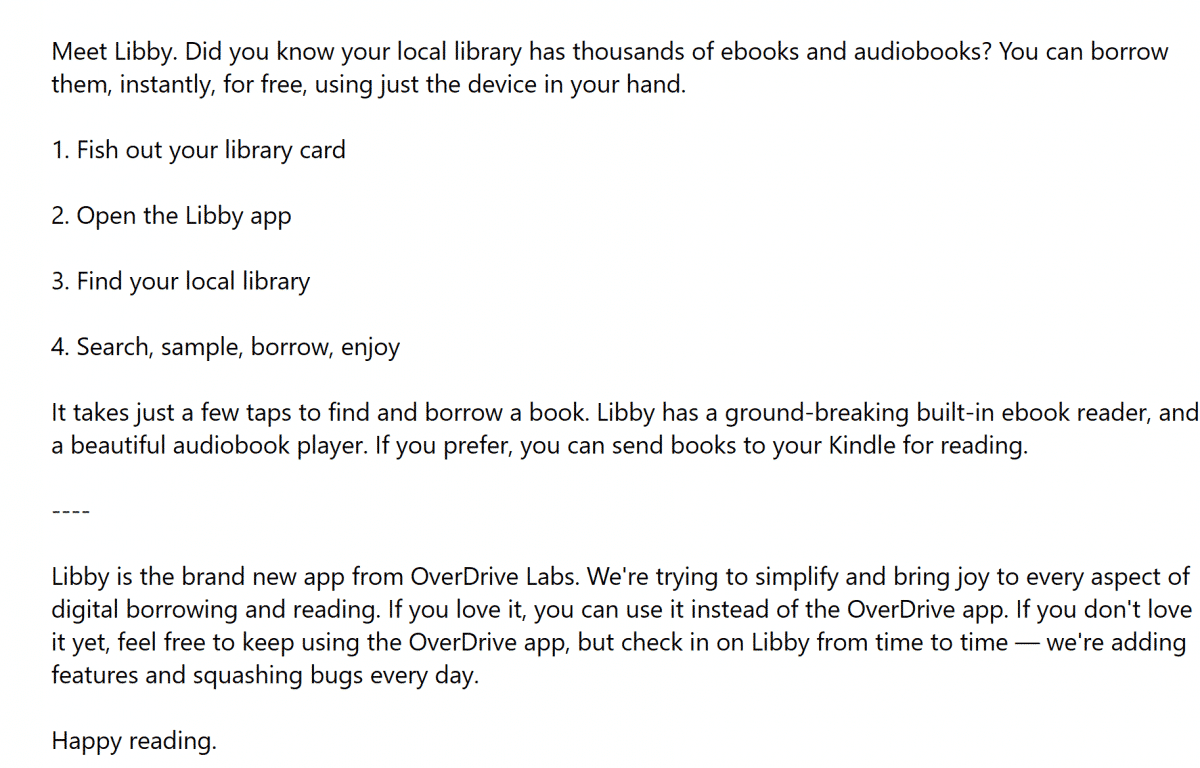 Overdrive has been distributing their Libby app via the Microsoft Store for Windows 10 since the OS launched. People were able to listen to audiobooks and read ebooks on their computer or tablet, such as the Microsoft Surface. Overdrive has discontinued their Windows app and it is no longer available to download. People who already had the app installed, are getting a popup notification, letting them know the app is not under active development anymore and prompting to use the web-based version or one of their apps for Android or iOS.