You are here: Home / Digital Library News / The Majority of Americans Think Libraries Are Important 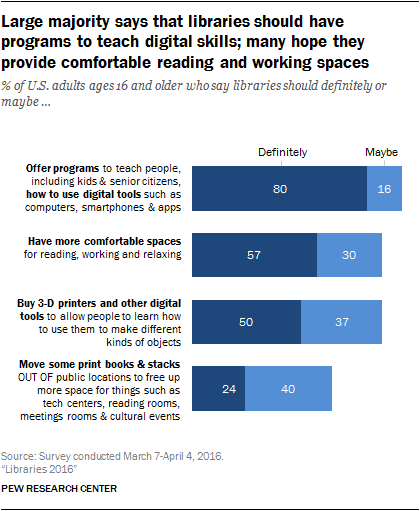 Pew Research has just released an important new survey of more than 1,600 U.S. adults age 16 and older finds that digital tools and comfortable workspaces are among the resources American library users expect to find at their local libraries. Fully 80% say libraries should definitely offer programs to teach people how to use digital tools such as computers and smartphones; 57% expect comfortable spaces for reading and working; and half say libraries should offer to buy 3-D printers and other digital tools so people can learn to use them. 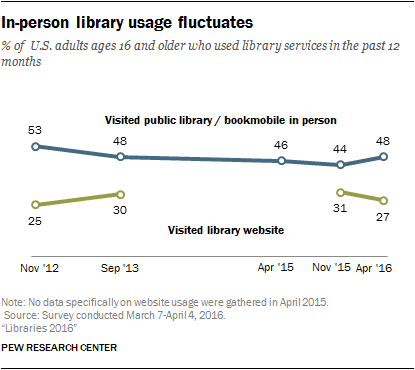 The analysis also finds that visits to local libraries fluctuate. Overall, 53% of Americans have had some interaction with a public library in the past year – either through an in-person visit, a library website, or via a mobile app. Some 48% of adults specifically visited a library or bookmobile in the past 12 months, up from the 44% who said that in late 2015. And the number of Americans who visited library websites in the previous 12 months fell from 31% who said they’d done so in 2015 to 27% in 2016.

Here are the key findings of the survey;