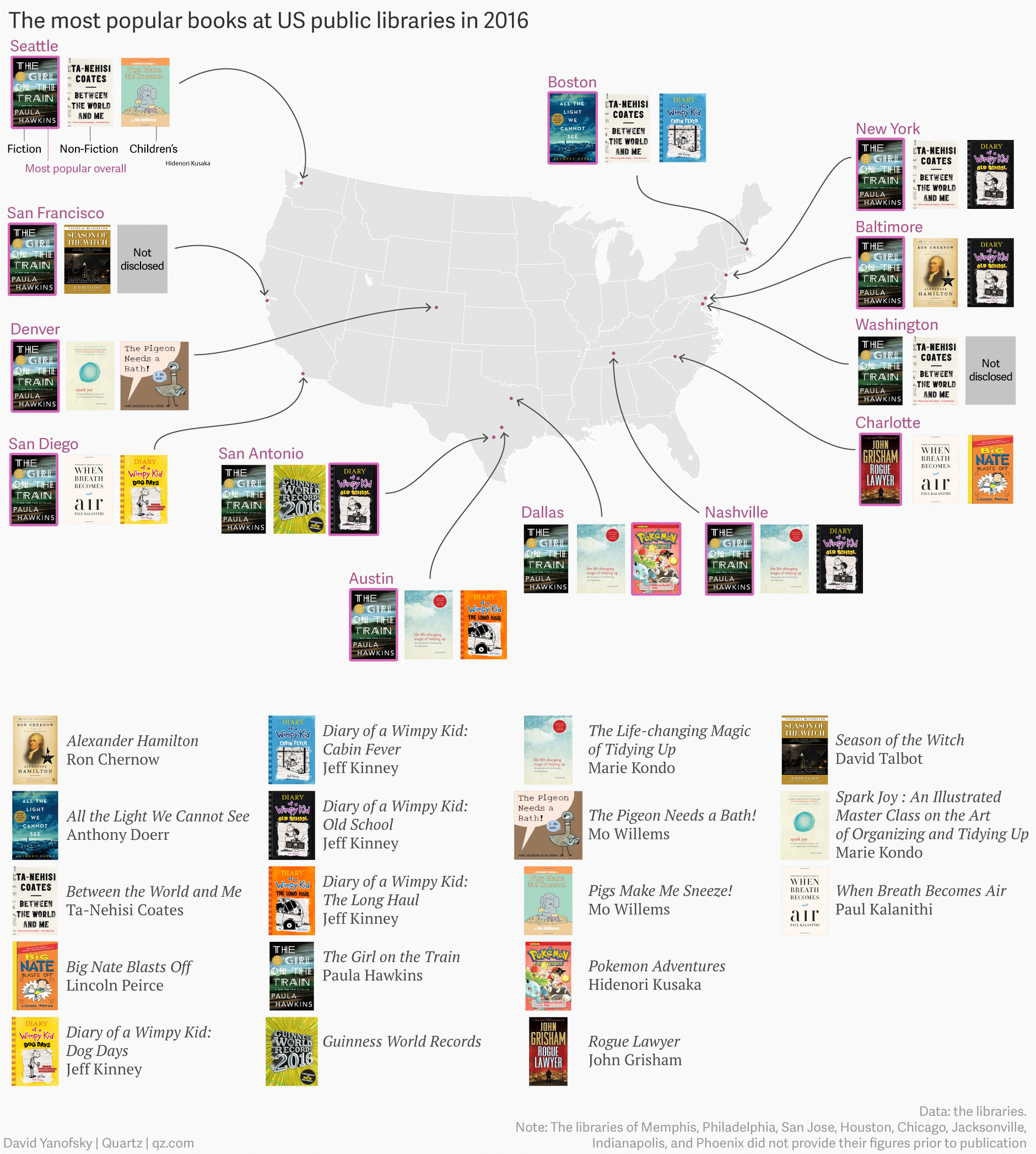 In the United States over 200 million e-books were loaned out in 2015 and this figure will likely increase to over 300 million when the 2016 figures are tabulated by companies such as Overdrive and Baker & Taylor. Have you ever wondered what specific e-books are the most popular in your city? The above graphic will give you an indication on what books have proven to be the most popular in 2016.