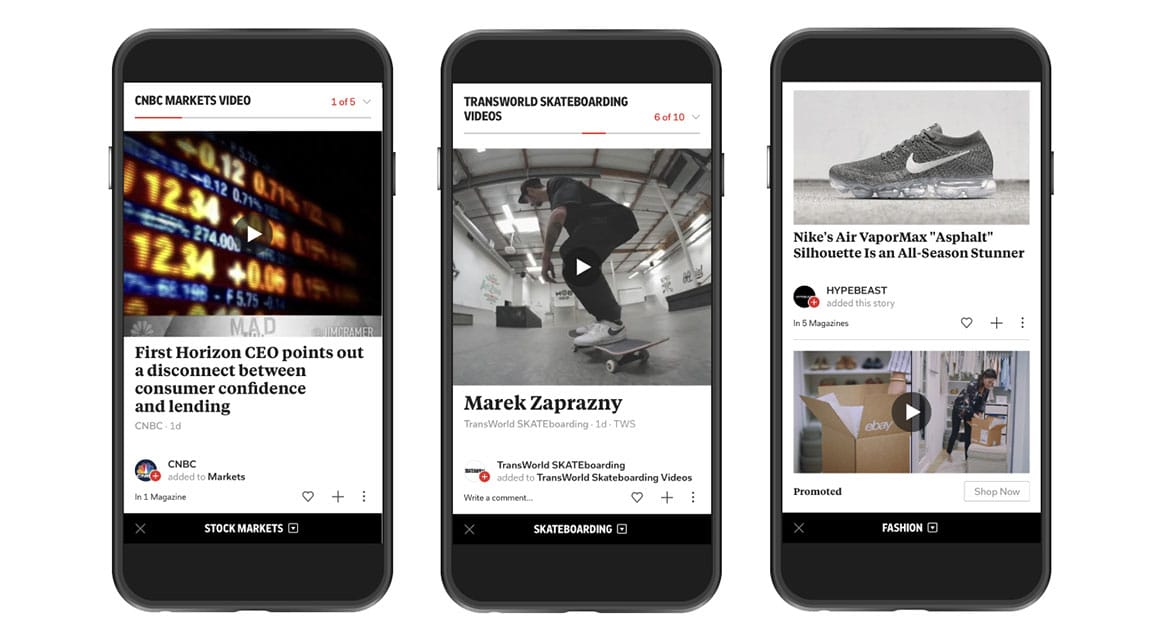 Flipboard is one of the first digital magazine platforms that launched with the original iPad. It allowed online publications and blogs a singular distribution platform. Recently, the company has started to rollout videos and video advertisements.

Videos have started to be implemented in three of the most popular categories Flipboard—technology, news, and lifestyle/entertainment. Content partners include Hearst magazines like Elle, Harper’s, Marie Claire, and Cosmopolitan, as well as CNBC. Flipboard has stated that more categories will start to see videos added over time.

“From cooking to product reviews to stand up comedy, video is a powerful part of the media mix people want when staying informed, getting inspired, or learning something new,” Flipboard co-founder and CEO Mike McCue said in a recent statement. “There’s a growing demand for premium video inventory from publishers and brands—so launching more video on Flipboard is important for all of our audiences.”

It will be interesting to see if Flipboard will be able secure more advertising partners other than EBAY and Essence. The vast majority of advertisers are forgoing tradition Google Adwords campaigns and maintaining a heavy Facebook presence.