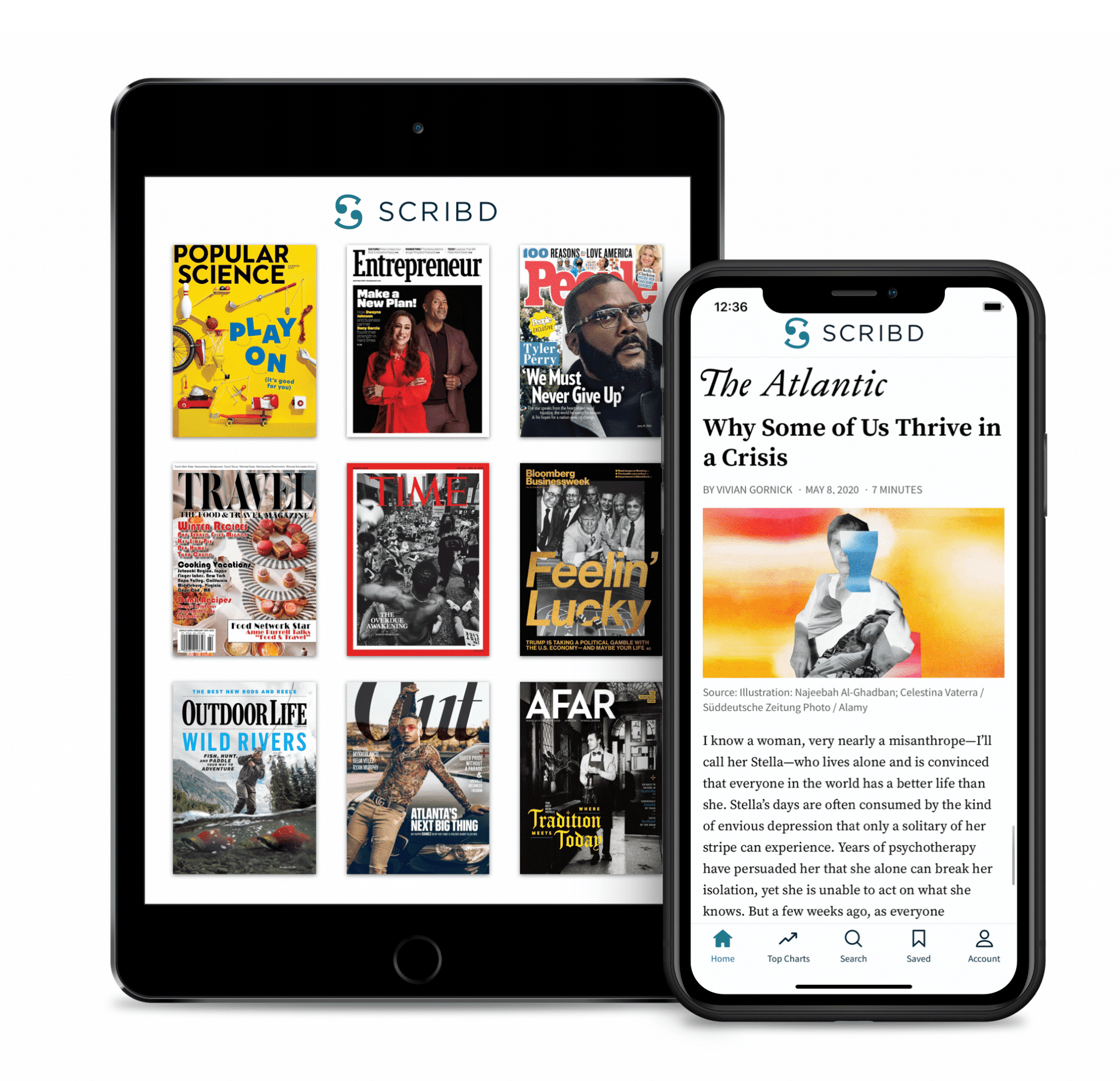 Scribd has just added hundreds of new magazines their unlimited subscription platform. Notable titles include Harper’s Magazine, AFAR, OUT, The Knot Weddings Magazine, Food & Travel, and Wine Enthusiast.  They have have over 1,000 premium titles on their service, in addition to audiobooks, ebooks and other digital content.

The company also says it made several improvements that should make it easier for subscribers to discover new magazines and articles, based on their reading history and interests.

CEO Trip Adler told Good e-Reader  “when we first introduced magazines on Scribd in 2017 we had about 30 top titles. We’ve since established relationships with third party distributors as well as several leading magazines including TIME, The Atlantic, Bloomberg, Entrepreneur, People, and more. Today, our magazine catalog includes over 1,000 publications, with content from over 25 countries.” He also mentioned that in the past year in the past year, there has been a 50% increase in reading activity of ebooks, audiobooks and magazine articles on Scribd.

Sometime this year Scribd to going to get involved in Podcasts, in a big way.  “I don’t have any details to share at this time. We’re still in the early stages of experimenting with podcasts and I believe it’s going to be a really exciting new format for us. The team is currently building the experience and we’re expanding the catalog as we go. We’ll be sure to reach back out when we have more information to share.”