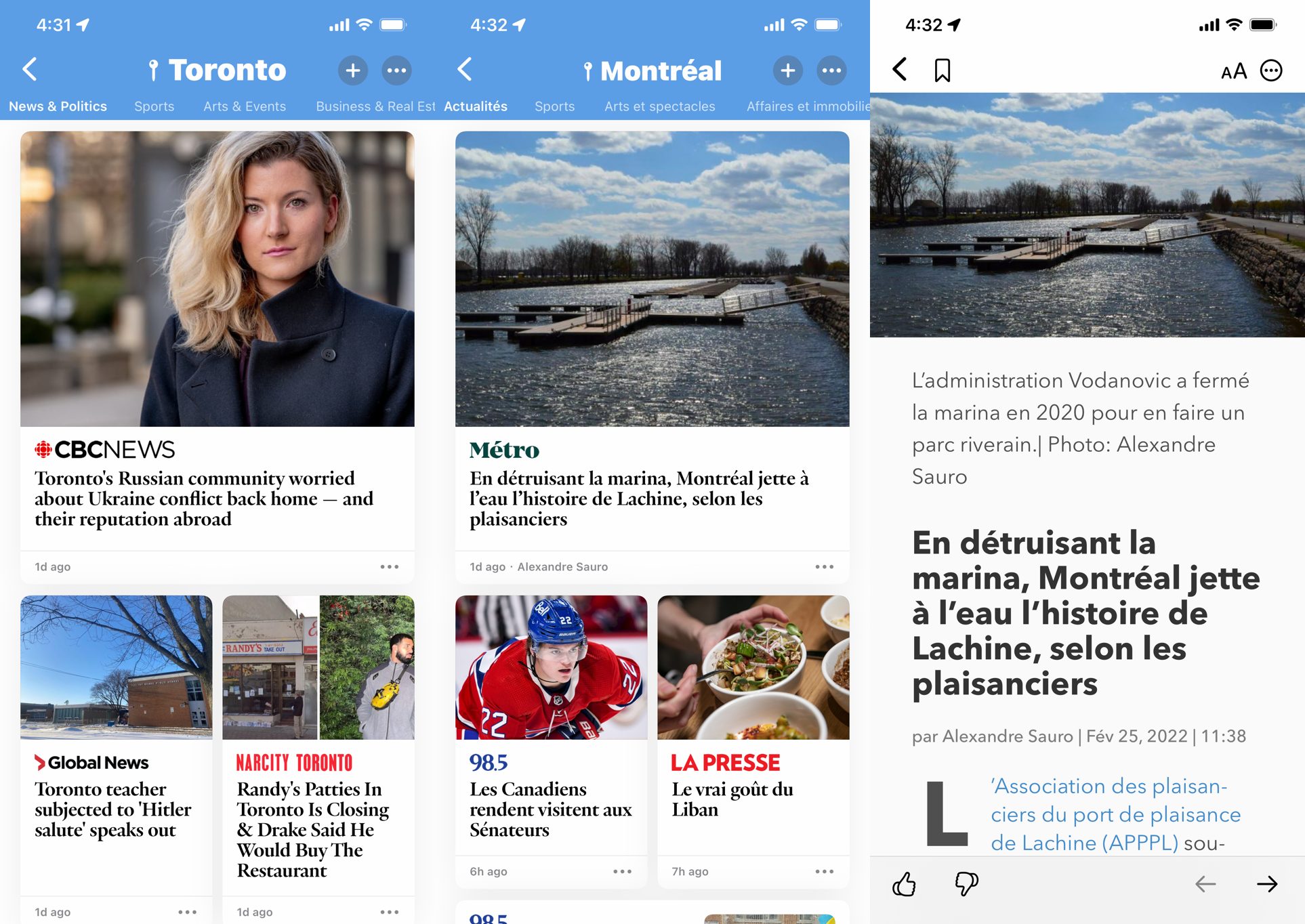 Apple News has unveiled Local Coverage in Canada. The first two markets is Montreal and Toronto. If you search for these two cities in Apple News, you will find nothing but local news from media outlets such as CTV News, Toronto Star, La Presse, Narcity, and others. There will only be relevant news stories that are relevant for these two cities and less from international news items. This makes Apple News a replacement for checkout your local newspaper or subscribe to daily stories with each media publication. All of the articles are free, nothing seems to be hidden behind paywalls.

Apple has said that will constantly add more cities, with an emphasis on the size of the population and how many people are prospective readers of Apple News.