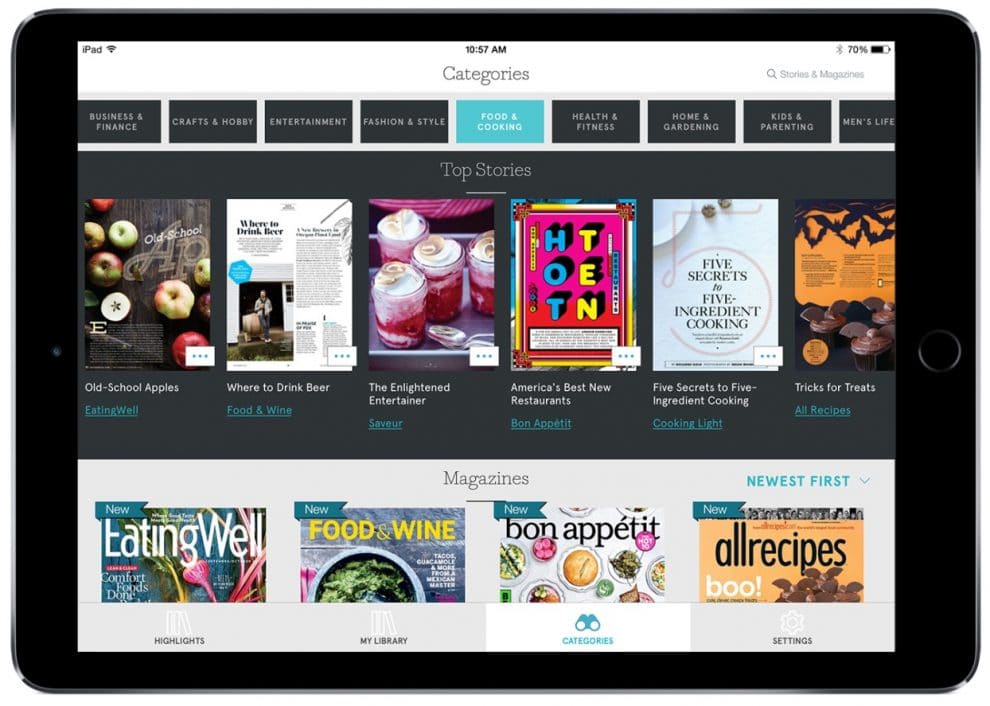 Sources in the digital publishing industry have told Good e-Reader that Apple plans to relaunch their Texture service on March 25th at the  Steve Jobs Theater on its Apple Park campus. Right now Texture only has digital magazines and Apple is planning on incorporating digital newspapers.

Apple reportedly plans to claim half the proceeds of a $10 monthly subscription fee, divvying up the other half among participating publishers according to how many people read their stories. Publishers are, in the words of one executive, “pissed” at the terms, which they argue are not at all standard for these types of agreements.

The New York Times and the Washington Post are among the major outlets that so far haven’t agreed to license their content to the service, in part because of concerns over the proposed terms, which haven’t been previously disclosed, according to the people familiar with the matter. The Wall Street Journal also has concerns, but its recent conversations with Apple have been productive, one of the people familiar with the matter said.

Many people believe that if they Apple can get the right newspapers integrated into its unlimited magazine service, it will be a very compelling value proposition.