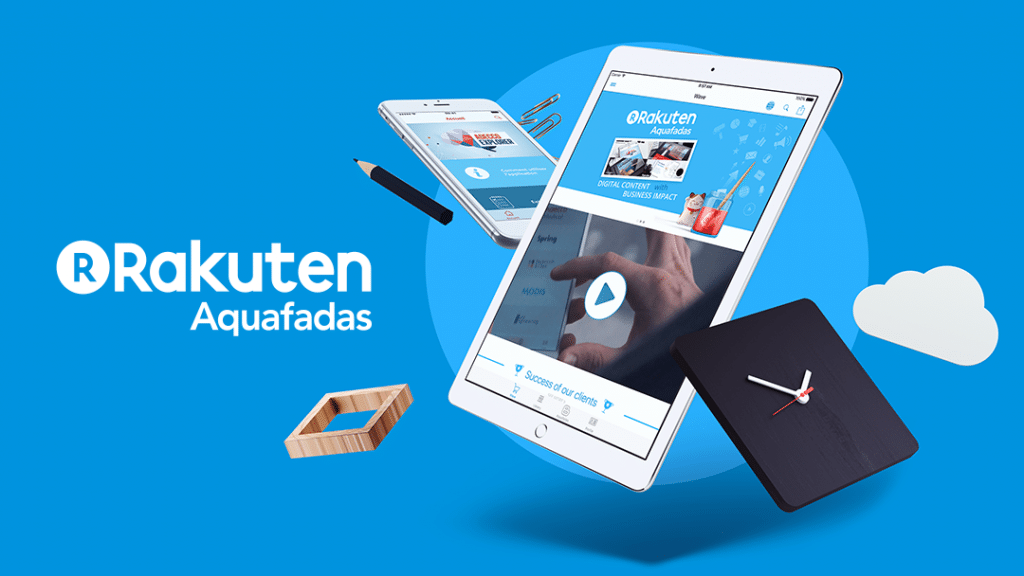 Aquafadas is a french digital publishing company  and they provide e-book solutions, magazine, newspapers and app development  for hundreds of companies. In 2013 they were bought out by Rakuten and today they have rebranded their company and are now being called Rakuten Aquafadas.

The current rebranding comes in line with a Global Integration Initiative, taking place at Rakuten at the moment and coincides with Rakuten’s 20th anniversary. Providing a more consistent identity to each of the services within the Rakuten Group lays the groundwork for 1 billion users across the globe to more easily recognize the benefits of using more than one service. It also allows the company to develop synergies currently experienced mainly in Japan, its home market where Rakuten’s ecosystem is the most mature. Rakuten will be better positioned to drive an increase in cross-use of services, increase the lifetime value of each member and drive gross transaction value (GTV) growth.

Koichiro Takahara, CEO of Rakuten Aquafadas said in a statement – “Aquafadas technology is perfect as an accelerator when it comes to enterprise digital transformation. Thanks to closer integration with Rakuten, tools developed by Aquafadas will become compatible with other technologies within the Group such as mobile messaging, on-demand video, e-commerce, video conferencing and more. As a result, Aquafadas App will become a “hub”, grouping several services together opening fantastic opportunities for all Rakuten organisations and clients”.