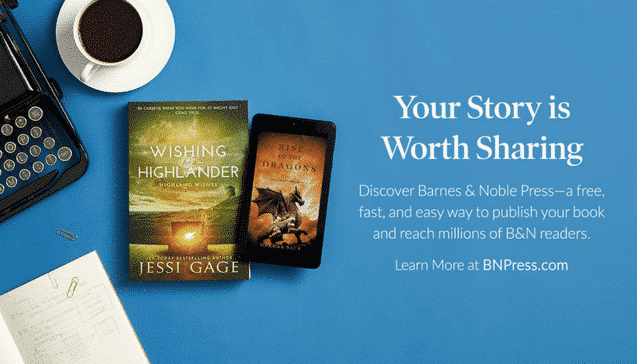 Barnes and Noble Press has just unveiled a few new tools for their Nook Press self-publishing unit. You now have the the ability to schedule eBook price changes in advance and monitor trends with new at-a-glance, 30-day graph.

If you want to get get a hardcover or paperback version of their book into all of the Barnes and Noble bookstores in the United States, their self-publishing unit is the most viable. Authors can also get the digital edition sold in the digital store, so all readers can buy the ebook version.

This is the first major update to the Press platform since January, when the the backend was redesigned and and was rebranded from Nook Press to just Press. They also increased the royalties and amped up the print/ebook building process.