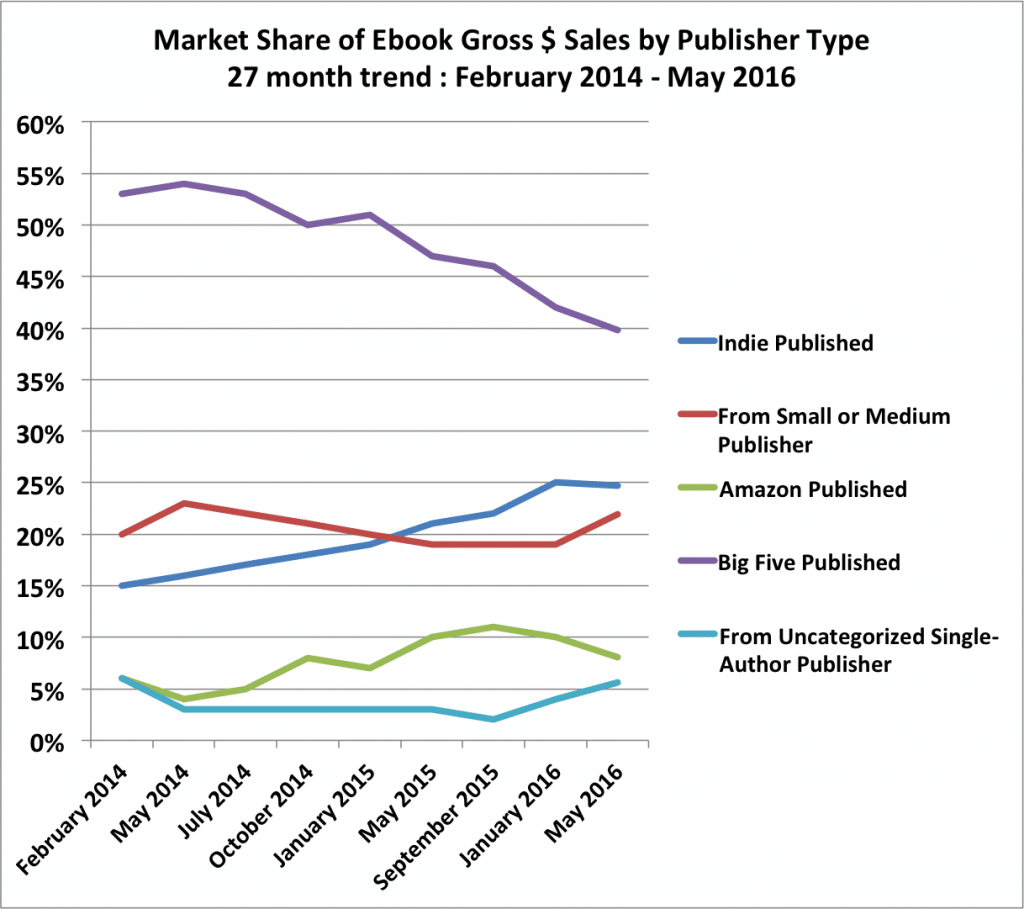 Author Earnings has just released their May 2016 report and it is clearly evident that major publishers are no longer experiencing a decline in e-book revenue and it looks like sales have leveled off. This is good news for the publishing industry because it looks like they have finally selected a pricing strategy that works for debut authors and perennial bestsellers.

The chart above chronicles the decline in major publishers e-book revenue from 2014 to the beginning of 2016, when the loses start to level off. In terms of overall Amazon sales, major publishers account for 23% of Amazon’s e-book unit sales.

One of the big reasons why publisher revenue is no longer slipping is due to the e-book pricing. In 2015 publishers renegotiated their contracts with Amazon and had more control over the pricing. At first, e-books simply cost too much and people either stopped buying e-books, cut down severely or decided to spend their money on indie authors. In 2016 the average price of a Big Five e-book dropped from $10.31 in January 2016 to $8.67 in May 2016, which warranted a closer look.  But on the other hand, the Big Five’s loss of market-share in gross consumer dollar terms — and, more importantly, the ongoing decline in Big Five authors’ e-book earnings — have both continued relatively unabated.

What is most interesting from this report is that indie book sales have also leveled off, but indies for the most part are earning more money than traditional authors. This is primarily due to them being able to set their own price, sell boxed sets and anthologies or run promotions.