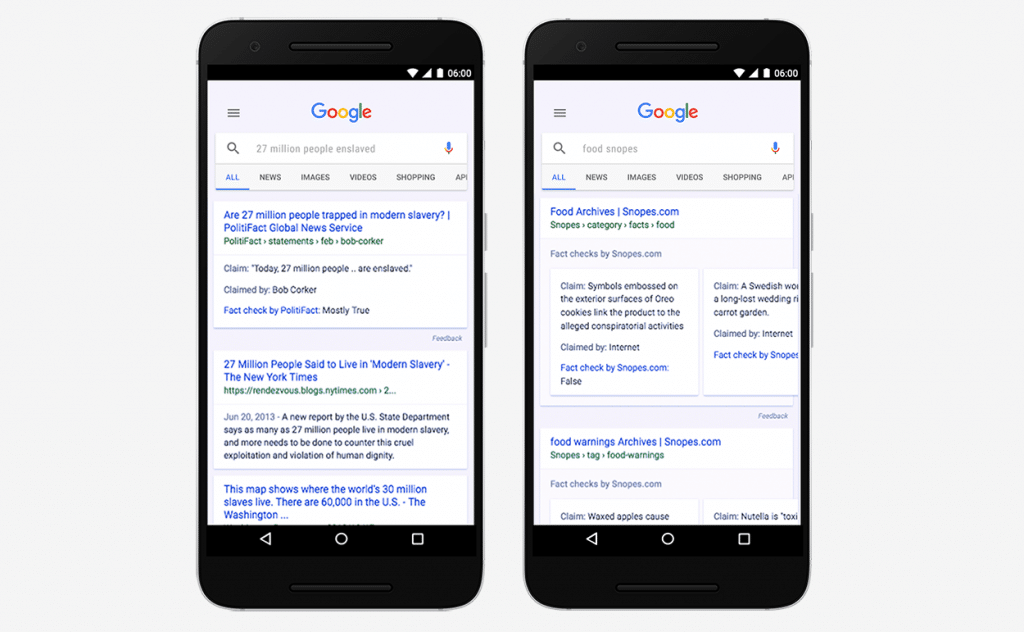 Google is looking to do something about the onslaught of fake news and propaganda that has been running rampant lately. Google has launched a new feature on Search and News which shows a “Fact Check” label for certain links, indicating whether a third-party fact-checking organization has found the story factual or not. It rolled out last week globally, in all languages.

Here is how the whole fact-checking system works. Google’s fact-checking bots will only comb certain data and research sites. They must either present their data with Schema.org ClaimReview mark-up on public pages or use the Share The Facts widget. At that point, Google’s internal processes will “algorithmically determine” whether a site is an “authoritative source of information.” Google lists some of the data points that its bots seek, including a requirement that “analysis must be transparent about sources and methods, with citations and references to primary sources.” How robots confirm that kind of content “algorithmically” without human intervention is unclear. Once a site is determined Google fact-check worthy, other terms and criteria apply.

It will be interesting to see how this whole system plays out. If it prevents another Pizza-Gate or people believing the world is flat or that climate change isn’t real, I am supportive.