You are here: Home / Digital Publishing News / Neil Gaiman gives advice on how to seduce a writer 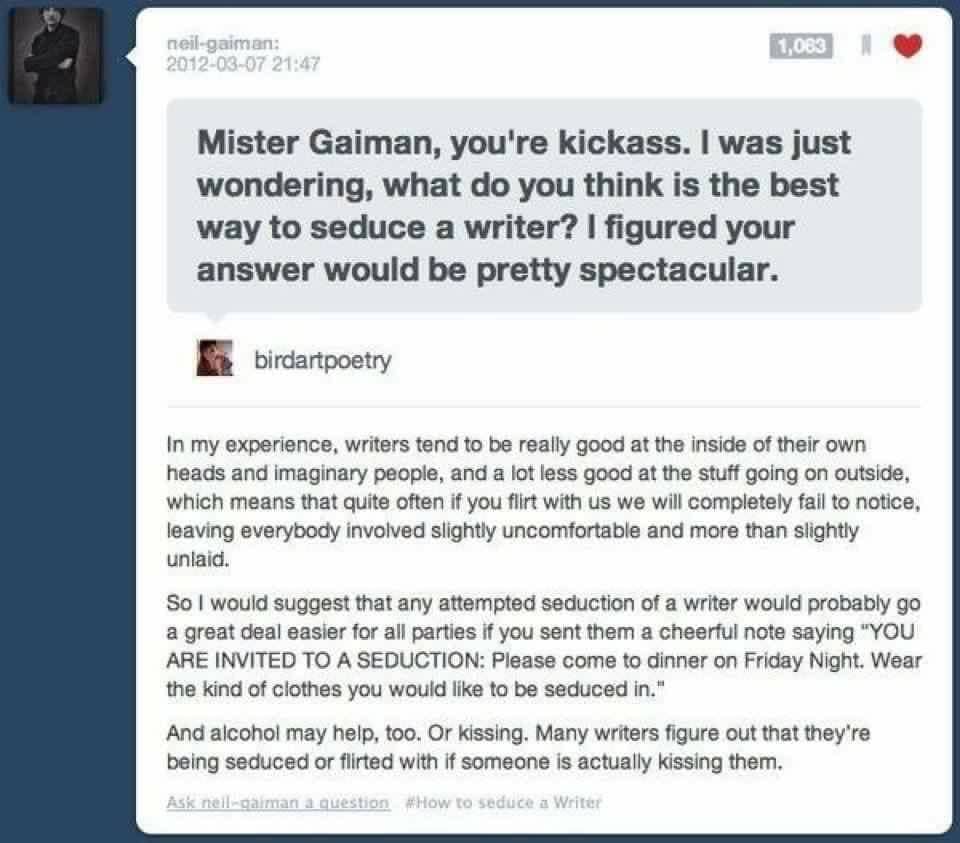 Neil Gaiman is the author behind American Gods and the Graveyard Book. He tends to spend a lot of time on social media and leading discussions at various book industry events. Sometimes he has been known to dispense sage advice to readers and writers, as evident in a question poised to him a few years ago. One reader wanted to know the best way to seduce an author, and his response does not disappoint.