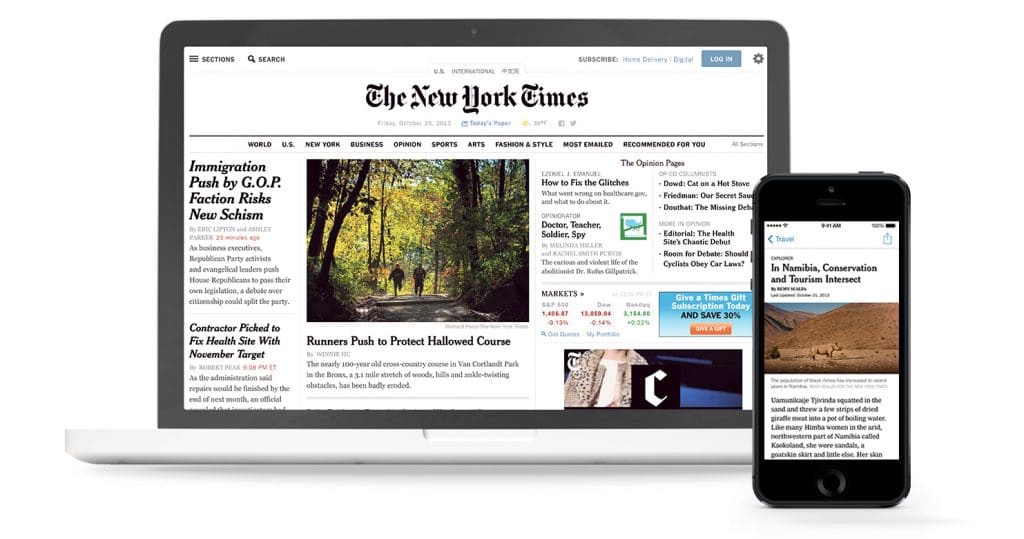 Despite rigorous courtship from Eddy Cue and the Apple Team, the New York Times and Washington Post elected not to make their digital publication available on Apple News+.  The main caveats are that these two papers have a robust digital business where customers deal directly with them, which in turn gives them valuable metadata. They also charge around $15 to $10 per month and keep 100% of all the revenue.

Apple wanted to include full access to the content from the news sites for the $9.99 per month asking price of Apple News+. According to prior reports, Apple keeps 50 percent of the subscription revenue for Apple News+ and splits the other 50 percent among publishers based on how much time is spent consuming their content.

If The New York Times and The Washington Post joined Apple News+, their existing subscribers would have little reason to keep paying them $10 to $15 per month instead of paying the $9.99 subscription to Apple News+, which would also include other news content and magazines. Apple believes its huge subscriber base would ultimately bring more readers to the news sites, but neither newspaper was swayed by that argument.

A spokesperson for The Washington Post said that the paper’s focus is on growing its own subscription base, which meant joining Apple News+ “just did not make sense” at the current time.

According to Vanity Fair, The Wall Street Journal has less to lose than other news sites. Its main subscriber base consists of corporate accounts and “high net-worth individuals” interested in business and finance news rather than the more general news content that will be promoted via Apple News+.

I guess the courtship between Apple and these major newspapers did not bear any fruit, sounds like my current lovelife.