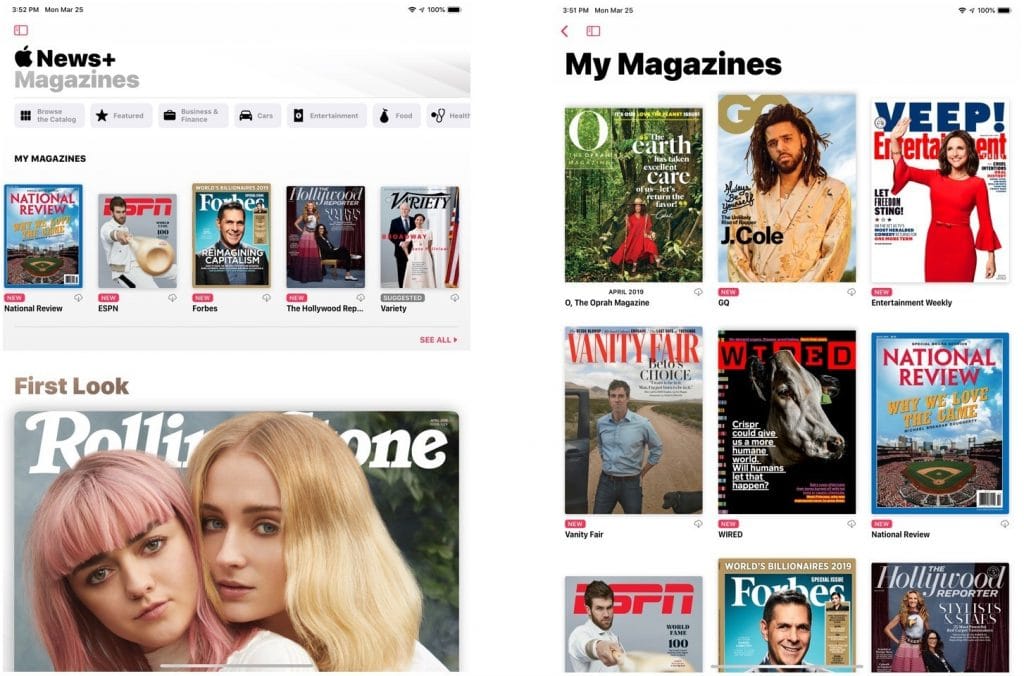 Apple News+ is a new unlimited magazine and newspaper subscription service that gives you access to more than 300 magazines and newspapers. “We believe in the power of journalism and the impact it will have on your lives,” said Apple CEO Tim Cook.

The magazines that apart of the Apple News+ platform stem from their Texture acquisition last year. Some of the magazines part of the service are GQ, Esquire, Popular Science, the New Yorker, Sports Illustrated, Fortune, New York Magazine and Vogue, as well as Variety and Rolling Stone. Newspapers included in the package are the Los Angeles Times and the Wall Street Journal. Digital publications include theSkimm, Techcrunch and the Highlight by Vox. The New York Times, the Washington Post and USA Today have not joined.

Apple News+ showcases magazines in richly designed layouts, featuring animated covers, vivid photography and bold typography optimized for iPhone, iPad and Mac. It makes reading articles even more fun, immersive and convenient. In the Today and News+ tabs, subscribers will be presented with individual article and issue recommendations based on both editorial curation and personalized suggestions that maintain user privacy. 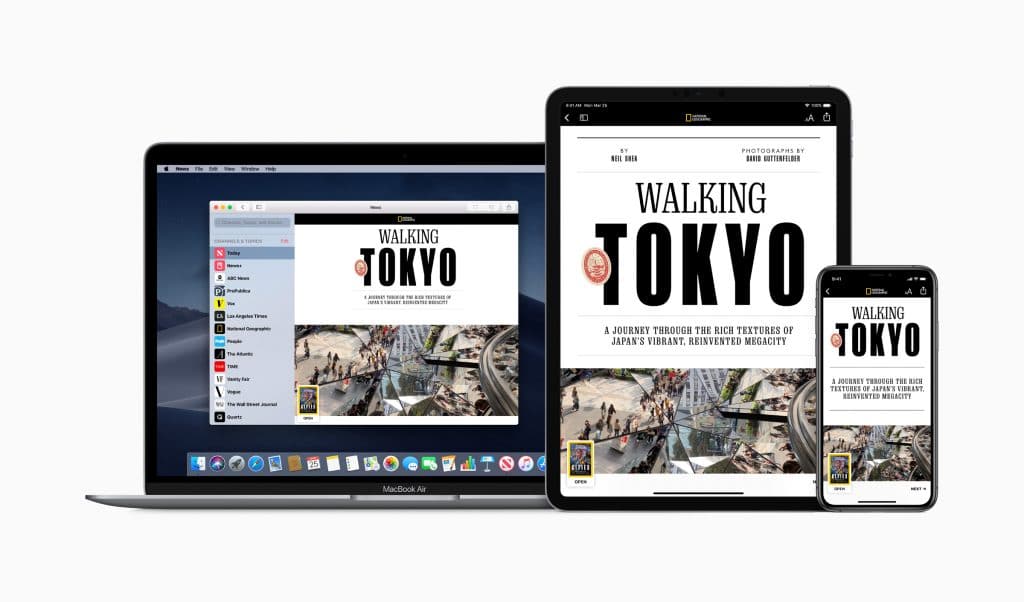 The service is directly integrated into the existing Apple News app, which Cook described as the “number one news app,” with over 5 billion articles read each month. “We are bringing magazines to Apple News,” Cook said. “Magazines are iconic, and a part of our culture.”

Apple News+ is only available in the United States and Canada at launch. It will arrive in the United Kingdom and Australia in the coming months, then elsewhere. Apple’s giving everyone a month of Apple News+ for free. From there, the service is $9.99 per month in the U.S. and $12.99 in Canada. In order to get access to the new service, Apple has just pushed out iOS 12.2 that has full support, so you might want to install it on your iPad or iPhone.