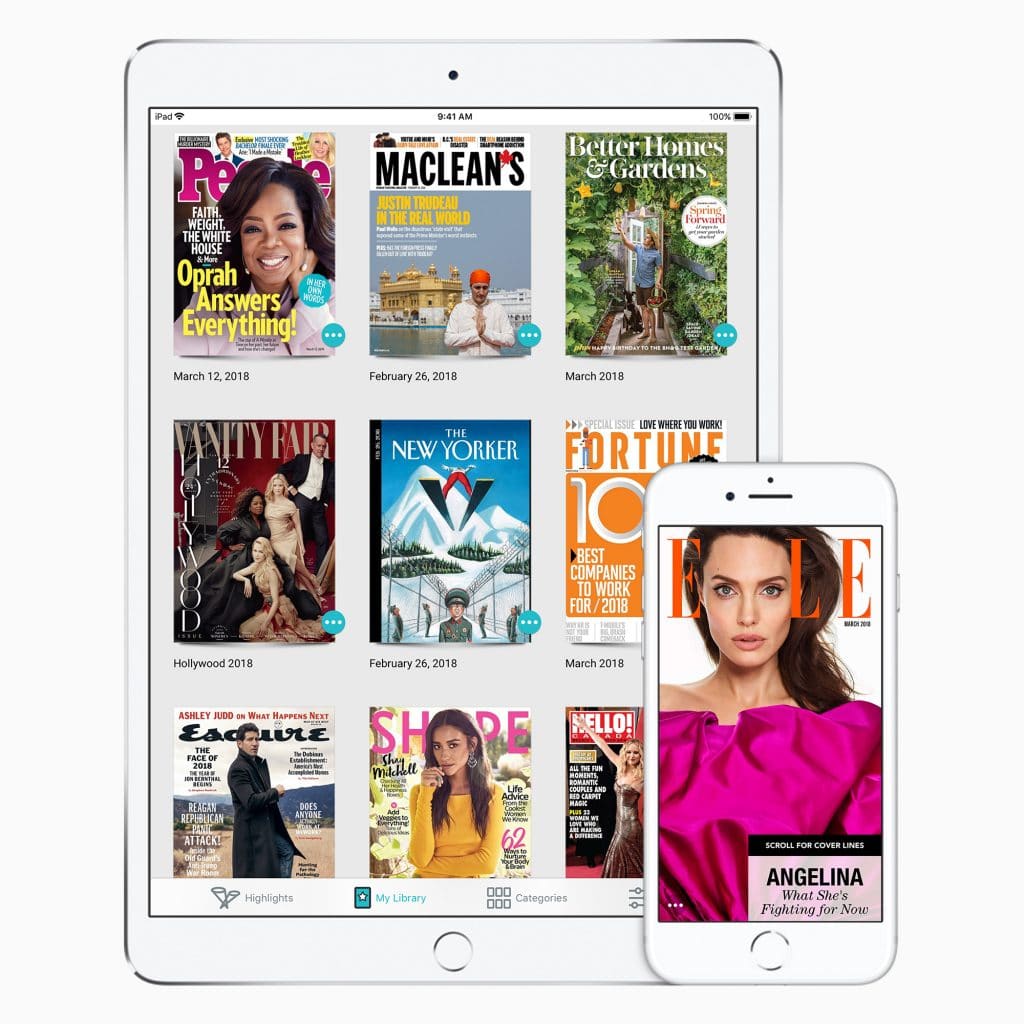 Texture is one of the few companies operating in the unlimited magazine space and they primarily compete against Magstar and Zinio. They initially launched under the name Next Issue, but rebranded themselves in 2015 and started a massive marketing campaign in Canada and the United States. Apple has just acquired Texture to make a major push in the digital magazine market.

Texture was founded in 2010 by Conde Nast, Meredith, News Corp, and Time. At first they focused selling digital magazines on a subscription basis to the United States, but in 2013 they expanded into Canada when Rogers invested millions of dollars. Texture remains a key selling point to Rogers customers, when Canadians upgrade their data plan they get a six month free subscription to the platform. They also push the platform really hard via television commercials.

Apple is acquiring Texture for an undisclosed sum and will also be bringing in all of the developers and staff to directly work for them. Texture will continue to offer iOS, Android, Amazon Kindle Fire, and Windows 10 apps for the foreseeable future.