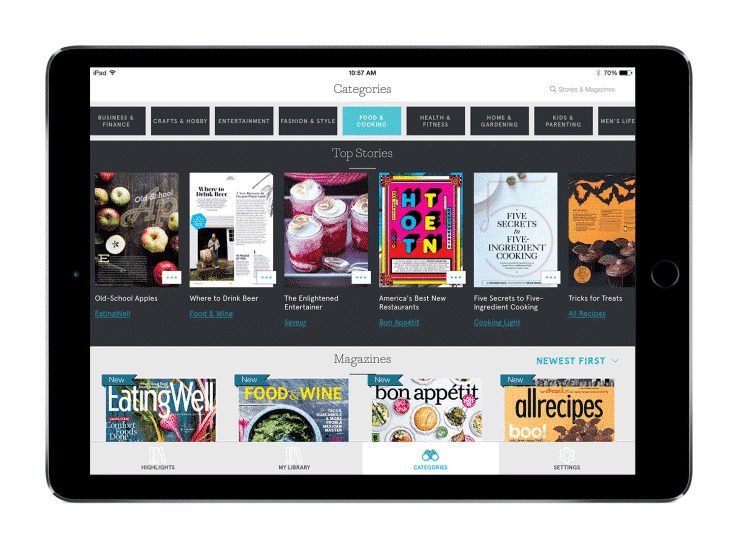 Texture is one of the largest digital magazine platforms and is currently available in Canada and the United States. The company is in the midst of launching a new ad campaign for print and digital, and has earmarked one million dollars.  It is going to highlight news and political magazines and will hopefully lead to more paid subscriptions for their app for Apple and Android.

“We’ve seen a 20 percent spike in new subscriptions since the presidential election,” said John Loughlin, CEO of Texture. “This campaign is called Read Better and covers everything from the National Review to Mother Jones,” said Loughlin. It follows last year’s $4.5 million campaign for fashion, beauty and entertainment titles called “Something Amazing,” which is still running on broadcast and cable outlets.

Texture was founded in 2010 by Conde Nast, Meredith, News Corp, and Time. At first they focused selling digital magazines on a subscription basis to the United States, but in 2013 they expanded into Canada when Rogers invested millions of dollars. Texture remains a key selling point to Rogers customers, when Canadians upgrade their data plan they get a six month free subscription to the platform, which is helping drive consumer adoption.

Texture is battling new competition from Amazon, which in October expanded its $99 annual Amazon Prime membership to include up to 10 magazine downloads per month. Texture also competes against Zinio and Magzter.