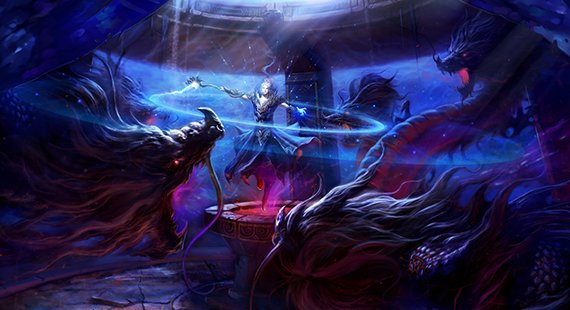 The big trend in China over the course of the past few years are web novels. Over 297 million people read one in 2015 and the creators see their stories transcend the internet with their stories being converted to films, TV series, animations and games.

Most Chinese web novels are serialized with the vast majority ending on cliff hangers. The average chapter takes around ten minutes to read and the authors have millions of followers. Tang Jia San Shao, was the top-earning author in China from 2008 to 2012, during which time his royalty income rose to 110 million yuan from 26.5 million. He basically makes as much money as bestselling author Nora Roberts, who is number ten on as No. 10 on Forbes 2015 list of highest-earning authors in the world.

Publishing web novels is starting to become big business. Tencent Holdings is currently the biggest online literature company in the country, China Reading, after combining its own literature division with Shanda Cloudary, which it had reportedly acquired for five billion yuan ($747 million). There are four million writers and 10 million book titles on this platform.

In North America the largest web novel website is Wattpad. They have 45 million active users and two million stories uploaded per month. Amazon tried to battle them with their Kindle Worlds platform, which allows authors to write sanctioned material based on established franchises. This allows the original author and the fan-fic one to share royalties, sadly Kindle Worlds never took off and is is relegated to the type of obscurity that Kindle Scout enjoys.