You are here: Home / E-Book News / 3 Old James Patterson Novels Will Soon Be Available as eBooks 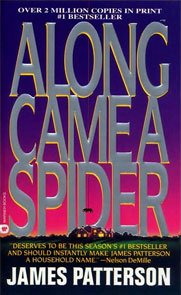 The vast majority of James Patterson’s novels have been available as e-books for a long time, but the first three Alex Cross can only be purchased at your local bookstore. This will change on January 1st when Arrow Publishing will be releasing Along Came a Spider, Kiss the Girls and Jack and Jill on Amazon.

These three novels originally came out in 1993, 1995 and 1996. They spawned a very lucrative franchise that continues to this very day. The star of the books is a Washington DC-based former FBI agent and psychologist Alex Cross.