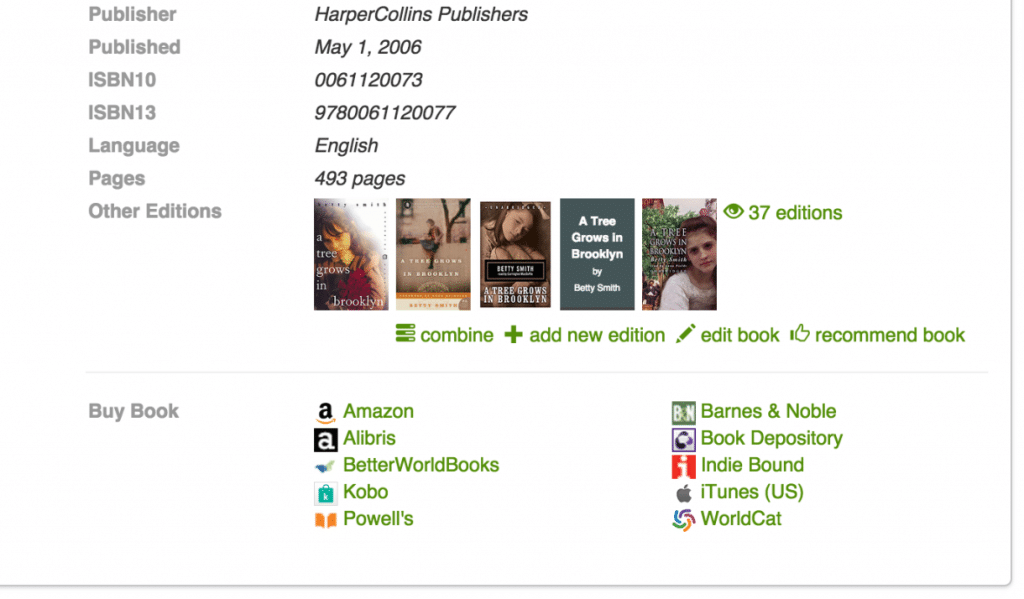 There are a number of websites out there that let you build virtual bookshelves of the titles you own or have read, and also rate, review, tag, and discuss your favorite books.  These sites are being negatively impacted by the millions of dollars Amazon has pumped into GoodReads and many of them are being driven out of business.

Shelfari launched in 2006, a few years before the big e-book boom. Amazon was an early investor in the company and then bought it outright in 2008. Shelfari announced in early 2016 that their website will be shut down and users will have to find a new home.

Jacqueline Mak launched Leafmarks in early 2013 and it was created for the purpose of enabling the community of book lovers to express themselves openly and creatively, and to discover new passions and loves through a network of friends. One of the most important aspects about this service was being able to export all of your data and it was also library friendly.

Leafmarks has just announced their website is closing on July 1 2016, primarily due users leaving in droves to GoodReads and Mak has been unable to properly monetize anything on the site.

I think the main reason why all of these companies are closing is because they are still stuck in the web 2.0 era and their websites are not optimized for mobile users. They never created apps for Android or iOS and never integrated social media sharing, so your friends can be aware of the books you are reading.

GoodReads on the other hand embrace modern webdesign and have apps they update on a regular basis. The company is constantly experimenting with monetizing different aspects of their business and they do interesting things like their annual Readers Choice Awards.