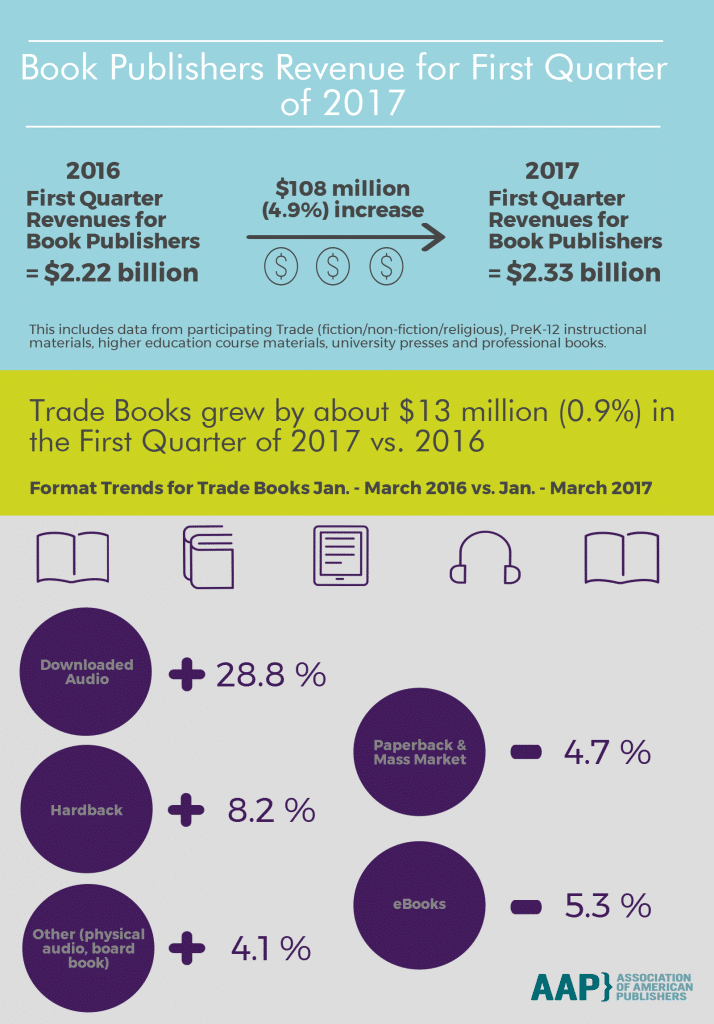 Major publishers are devoting themselves to producing audiobooks of all of their front-list titles and it appears to be working. In the first three months of 2017 digital audio sales increased by over 28% and it generated over $74 million dollars. The industry had high hopes that e-book sales would stabilize or reverse the downward trend from the past three years. Sadly, this is not the case as e-book sales declined 5%, but the format generated a respectable $281 million dollars in revenue.

Revenues for book publishers were $2.33 billion for the first quarter of 2017, a $108 million (4.9%) increase over the first quarter of 2016, according to the StatShot report from Association of American Publishers. Much of the growth is attributed to increased revenue in the two of the largest categories – Adult books and higher education course materials.

In the first quarter, trade books grew by about $13 million (0.9%) compared to the first quarter of 2016. Growth was consistent in January, February and March for Adult books as were the declines in Children’s/Young Adult and Religious Presses.