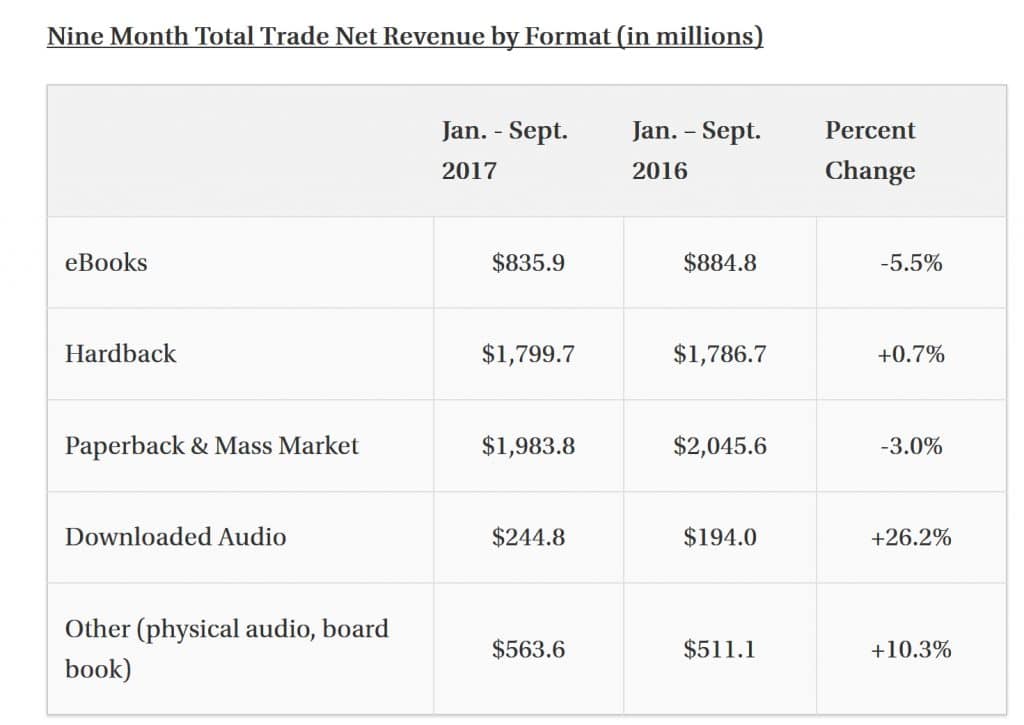 In the first nine months of 2017 print sales remained flat in the United States, but the format generated over $3.1 billion dollars in revenue. Digital books declined 5.5%, but they are still a massive cash cow for major publishers, who collectively made $835 million dollars. The fastest growing segment in digital publishing are audiobooks, they experienced a 26% increase in sales, but the amount of money they are making is fairly paltry. Audiobooks made $244.8 million dollars, whereas in the same period of 2016 the figure was $194.0 million.

One of the big reasons why ebooks saw a decline in the first nine months of 2017 was due to no new technologies driving growth. In the past e-readers, tablets and apps fueled the explosion in digital reading, but in the past few years nothing new has come along. The industry is hoping that AR and VR will be the next frontier that will drive a more immersive experience.