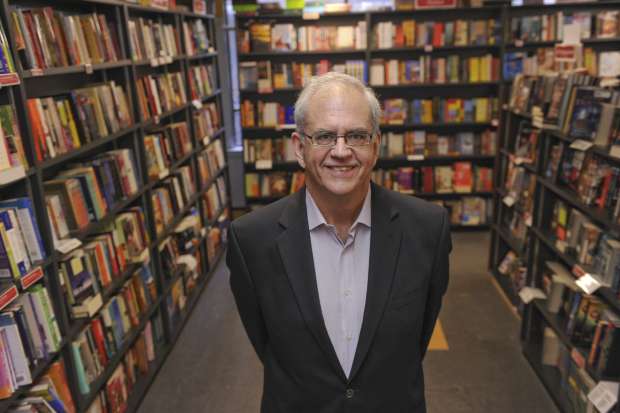 Book Warehouse the last of the independent bookstores in Vancouver has decided to not renew their leases on all 4 locations and is going out of business.  They are following the path of other stores in town such as Duthie books and Banyen Books that found it hard to compete against Chapters and technology.

“Bookselling in Canada can be a difficult proposition at the best of times, and discount bookselling adds even more difficulty,” Sharman King, the founder and CEO said in a statement today. “We were successful for so many years because of our incredible staff, and they have been extremely loyal through the difficult decision to close. A business is nothing more than its customers and staff, and we have been blessed with the loyalty of both.” Over 30 different people in Vancouver and North Vancouver will be losing their jobs unless another company decides to pick up the company.

The Book Warehouse was a staple of the Vancouver book scene for the last 32 years and many people are deeply saddened of the loss, but is it surprising? Shop e-Readers and ourselves have approached the beleaguered company on many occasions trying to get them to start carrying e-readers and tablets in their store to offset the lack of business the company was doing. We cited Barnes and Noble being saved by their Nook line of e-readers and how Borders failed because of their inability to adapt to changing technologies. Sharman was very resistive to the idea of carrying e-readers in their store and it is not very surprising they are going out of business. After all, he is a 65 year old gentleman that has been running a company for three decades, often people like that are very resistive to change.

The Vancouver landscape for indie bookstores is going down the drain and there are only a few left in the entire city. People are buying their newspapers and magazines at stores like Chapters and Does Your Mother Know. The Books are now purchased at Chapters now that has a wide array of selection and the ability to undercut their competition. Not to mention the proliferation of e-readers like the Sony, Kindle and Kobo.

If you live in the Vancouver area all Book Warehouse locations are having a fire-sale on their books and are offering discounts up to 50% off the cover price.