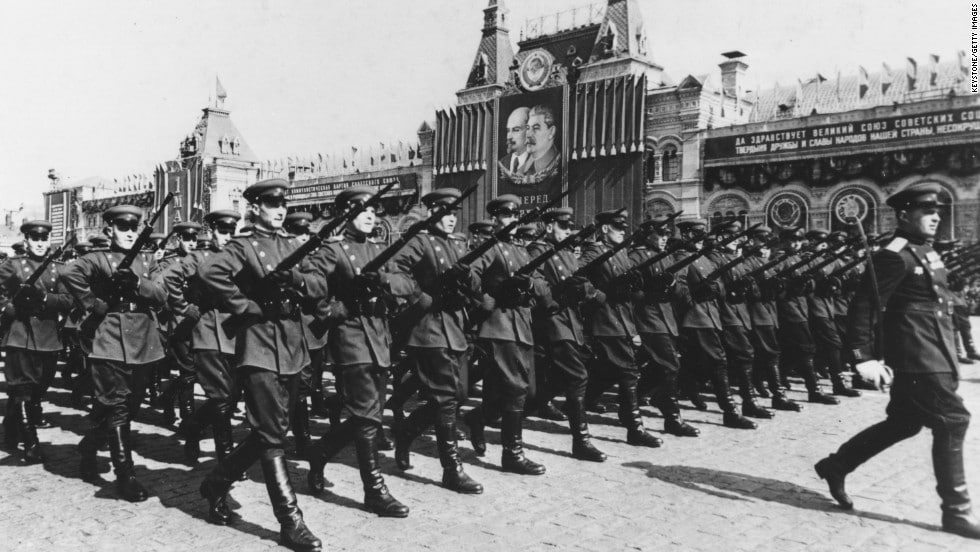 The CIA has just declassified dozens of Coldwar Russian jokes, much to the delight of millions of people on the internet. They are available in a single PDF document on the CIA website and is available for free to download.

Here are a number of the most notable;

Three men have to share a hotel room in Chelyabinsk during a congress. Naturally, in the evening, they start drinking. One thing leads to another, and they find themselves telling political jokes. Concerns that any of the others may be KGB informants or that the room may be bugged are readily dissolved in alcohol. Everybody is having a great time.

One is tired and really feels like sleeping; he decides to pull a joke on the others. He excuses himself, runs to the lobby and gives the receptionist a few bills. “Please send someone to my room with a bottle of vodka, some rye bread and salt in ten minutes.” He then returns to the room.

After a few minutes, he notes to the others that stocks of refreshments are running low. “Not to worry, comrades! I have good contacts.”

He leans over towards the potted plant in the corner, grabs it and loudly says, as if speaking into a microphone:

“Comrades at the listening post, this is lieutenant Dyatlov! We urgently require a bottle of vodka, some rye bread and salt to our room! Make haste!”

The others laugh their asses off – until a minute later, there’s a knock on the door and vodka, salt and rye bread is served.

You could hear a pin drop. Our man goes to sleep, enjoying the quiet.

When he wakes up in the morning, the others are gone. A note is left on the table. “Comrade! A couple of your jokes yesterday would easily get you to Siberia! (The one about Stalin’s maid, while hysterical, could get you in front of a firing squad!!!) However, we liked that room service joke so much, we’ll let you off the hook this time. Sincerely, KGB.”

The KGB, the FBI and the CIA are all trying to prove that they are the best at catching criminals.

The Secretary General of the UN decides to give them a test. He releases a rabbit into a forest and each of them has to catch it.

The CIA goes in. They place animal informants throughout the forest. They question all plant and mineral witnesses. After three months of extensive investigations they conclude that the rabbit does not exist.

The FBI goes in. After two weeks with no leads they burn the forest, killing everything in it, including the rabbit, and make no apologies: the rabbit had it coming. The KGB goes in. They come out two hours later with a badly beaten bear. The bear is yelling: “Okay! Okay! I’m a rabbit! I’m a rabbit!”

A soviet village with only a bull purchased a cow from Irkutsk. But the cow would not let the bull mount her. No matter what the bull did, the cow moved the other way so that mating was impossible.

The villagers brought in an expert government official who inspected the bull and cow’s behavior.

He asked the villagers, “Did you get this cow from Irkutsk?”

They responded, “Wow. That’s amazing. How did you know?”

“My wife is from Irkutsk.”