You are here: Home / E-Book News / Dear Americans: A Guide to Moving to Canada 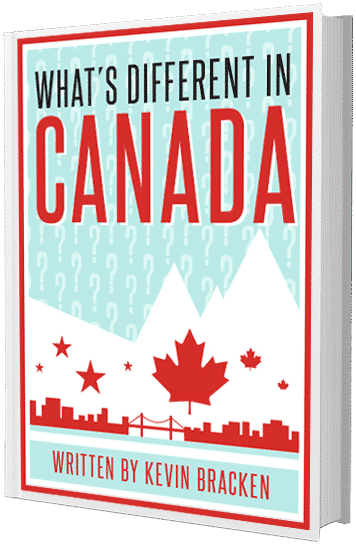 Don’t worry. Tomorrow, for better or for worse, it will all be over. Cheeto Hitler will either defeat the Hilldabeast, or not. Then you can go back to looking for cat videos and celebrity news on Facebook instead of unfriending your uncles one by one.

Who are we kidding, it will never be over. No matter who wins tomorrow, the rabid supporters for the other side–like the armed militia who supposedly plan to surround the polling places to ensure that Trump’s victory isn’t denied through “rigged elections,” for just one example–the nastiness will continue on. It will be four fake-news-site-linked years of nastiness and keyboard activism.

Fortunately, there’s a solution. Kevin Bracken has published the ultimate guide to packing up your worldly possessions and fleeing the country before the other side’s victors (or sore losers) can have their ugly way with you.

According to his publicist, “Bracken moved to Canada in 2004 to flee George Bush. With the election one week away, Bracken decided to publish a free comedic glossary book about what is different in Canada, intended as a guide for Americans who decide that the time to move to Canada has come.”

In his own words, “From the day I moved here, Canada seemed like a one of the Twilight Zone episodes where everything is just ever so slightly different. With this book I hope to help my fellow Americans navigate these subtleties and fall in love with their new home as much as I have.”

Unfortunately, the November election date and the subsequent waiting period before the new President actually takes office means your relocation efforts will happen in the winter. But hey, at least the air will be cleaner and the sense of safety will be all the more realistic once you’re safely away from your tormentors. In either case, according to the most recent polls, grab your free copy of the book and start packing now.