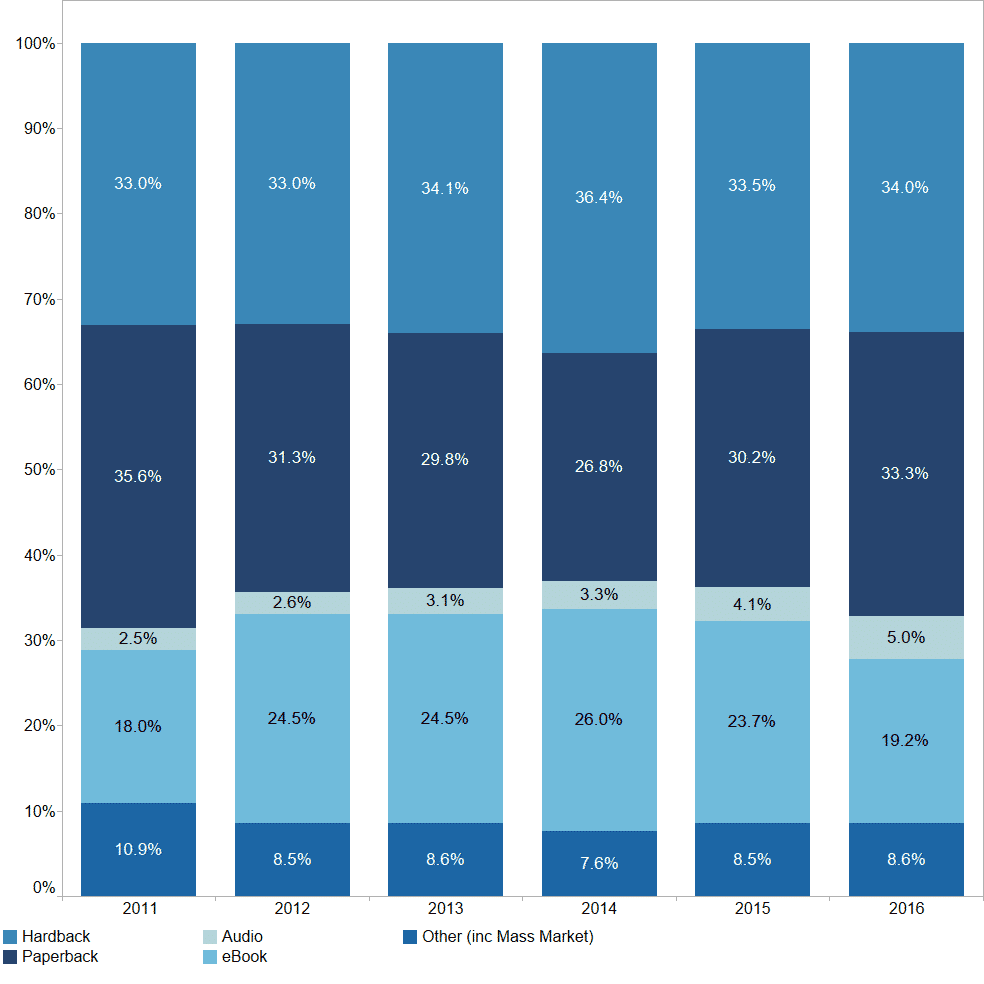 Major publishers in the United States have been experiencing massive declines in e-book sales in the first half of 2016. Sales of eBooks were down 20.0% and generated $579.5 million, which is quite staggering. This is the second year in a row where e-book sales have plummeted, in 2015 eBooks were down 12.7%.

E-books continuing to trend downwards is actually good news for the rest of the publishing industry. In the first half of 2016 the sale of paperbacks grew 8.8%, hardcover increased by 0.9% and audiobooks sales were up 32.3%.

I remember a time when every major media publication proclaimed that by 2020 print would be totally dead and e-books would reign  supreme. It is funny how a 20% to 30% price increase across the board could stymie the digital revolution.

Here are the full details from the American Publishers Association for the first six months of 2016.