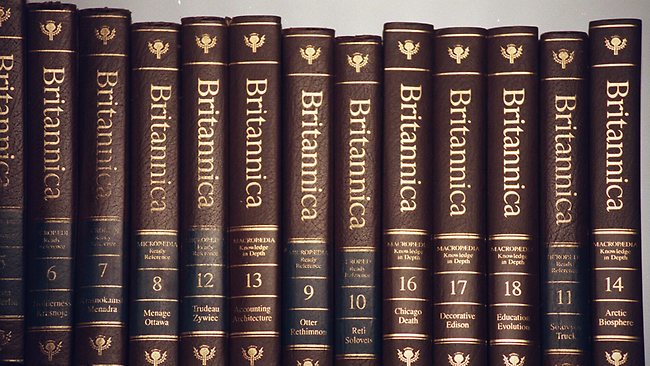 Encyclopedia Britannica which has been in print since 1768 has decided to suspend making print editions. The company has decided to focus on an exclusive digital format with membership subscriptions to its website and its wide range of apps for tablets and phones.

Every two years Encyclopedia Britannica printed a 32 volume set that retailed for around $1400. Most people can admit they at one time or another have purchased these books in the past and sparked a huge influx of traveling salesman earning commissions.

Encyclopedia Britannica around 20 years ago saw the writing on the walls as its business suffered from the advent of the internet. Many people who once depended on their publications often found people using Wikipedia and other websites.

The company intends on focusing on its own applications going forward which range in cost from $1.99 to $4.99 every month. Users can still subscribe to the website which is fully featured for $70.00 per year. Right now Encyclopedia Britannica says that over 100 million subscribe to its digital publications and they see the business growing in the next few years. Jorge Cauz the President of the company said “A printed encyclopedia is obsolete the minute that you print it,” Whereas our online edition is updated continuously.” He went on to say that “To me, the most important message is that the printed edition was not what made Britannica,” Cauz said. “The most important thing about Britannica is that Britannica is relevant and vibrant because it brings scholarly knowledge to an editorial process to as many knowledge seekers as possible.”