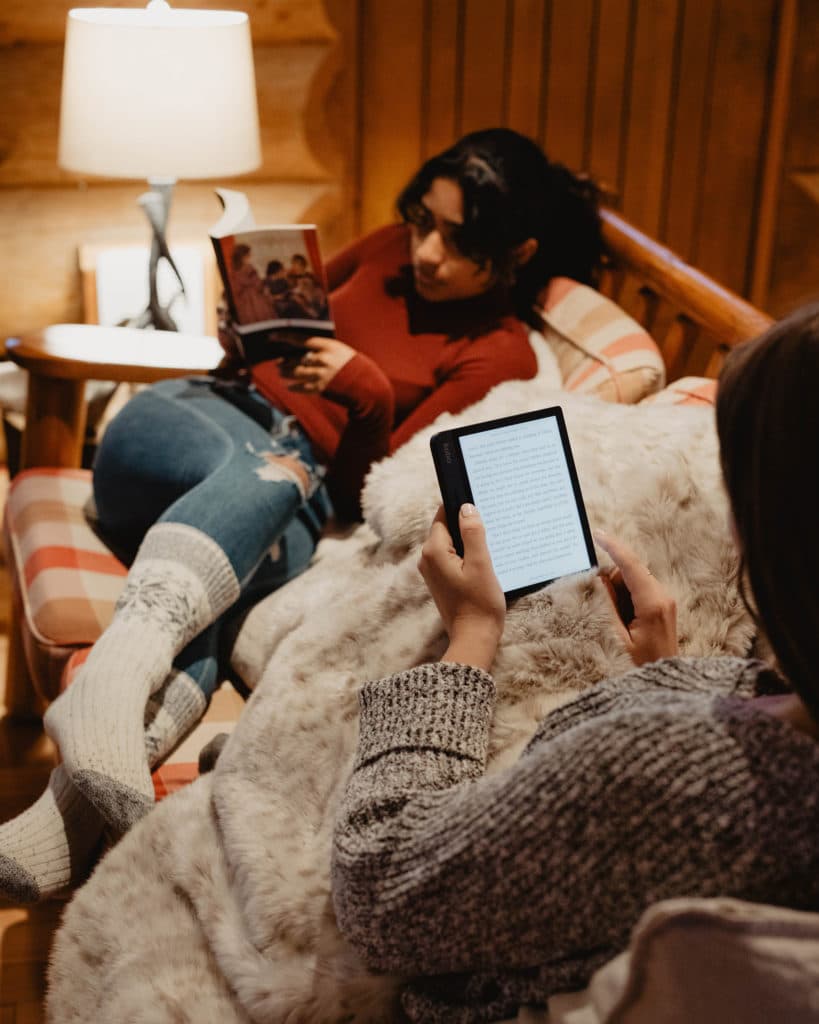 Booknet Canada released a new leisure time report and it found some interesting facts when it came to reading. A survey of 1,000 readers, in the past year found that 45% read digital books only, 49% listened to at least one audiobook, 64% read multiple formats, and 1% listened exclusively to audiobooks.

Audiobook consumption is on the rise and listening is primarily done via smartphone, the two most popular platforms are YouTube and Kindle.

Most readers read frequently. The most popular responses across all three formats, print, digital, and audiobooks, were once a week (26%) and once a day (28%). 16% of ebook readers said that they read ebooks more than once a day.

Where do Canadians buy or borrow digital content? Turns out that 63% of readers borrowed a book from their local library at least once this past year, and online retailers and apps are the second most popular way to access digital books. Indeed, 83% of readers report to have purchased at least one book in any format. Only 5% of ebook readers accessed books through subscription services, compared to 11% of audiobooks listeners who report using these services more.

When it comes to recommendations, word of mouth still reigns supreme.  34% of readers stated this was the way they discovered new authors or new books.  It was followed by the bookstore and library which tied for second place, each with 29%, followed by online retailers (22%) and social media (18%). Discovering books on social media is mostly popular among Canadians living in the Western and Northern Territories. Other discovery methods stem from the  Governor General’s Literary Awards, the Scotia Giller Prize, and Canada Reads.