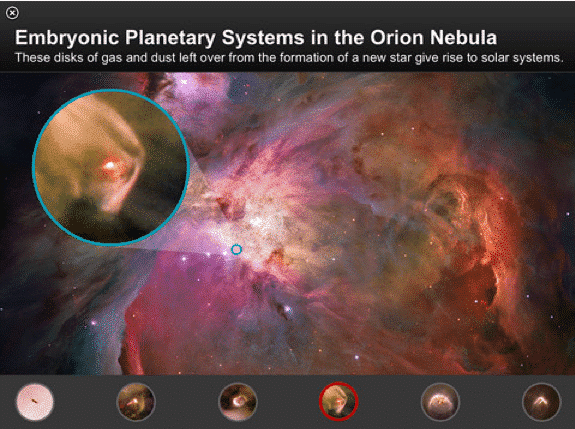 I’ve downloaded this and it is fantastic. The Space Telescope Science Institute is offering a free 85 page iBook that contains some of the absolutely fantastic images taken by the Hubble Space Telescope. Normally, I wouldn’t do an article about a free ebook, there are plenty of those, but this is really exceptional.

Here’s what the iBookstore has to say, “Soar through the universe with the Hubble Space Telescope, exploring discoveries from dark energy to colliding galaxies. This highly interactive ebook features video, image galleries, and more to reveal the record of scientific breakthroughs behind Hubble’s stunning images of the cosmos.”  You can find it on iTunes.