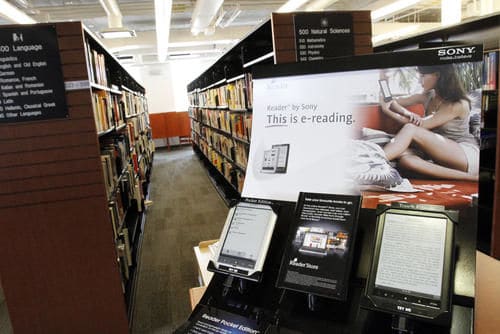 There is a large segment of library patrons that borrow e-books from their local branch.  Overdrive reported that in 2015 there were over ten libraries that loaned out over one million e-books and many others that eclipsed the two million mark. Many digital users have noticed something quite odd lately, they put a hold on a title, only to find out there are zero copies available. This is because publishers all have different terms, some books expire after a certain number of checkouts, while others expire after one year.  It can be confusing to collection managers and patrons alike, to know what all of publisher terms actually are.

Here is all of the different terms currently available to American and Canadian libraries.

HarperCollins
License: 26 loans then must repurchase
Prices: Varies, generally not more than cost of HC equivalent and often less

Simon & Schuster
License: Expires after one year, then must repurchase (experimenting with 2 yr term for 1.5x price)
Prices: Generally more than consumer cost, but less than hardcover