You are here: Home / Digital Publishing News / In the last decade 25.7% of Publishing Jobs have been lost 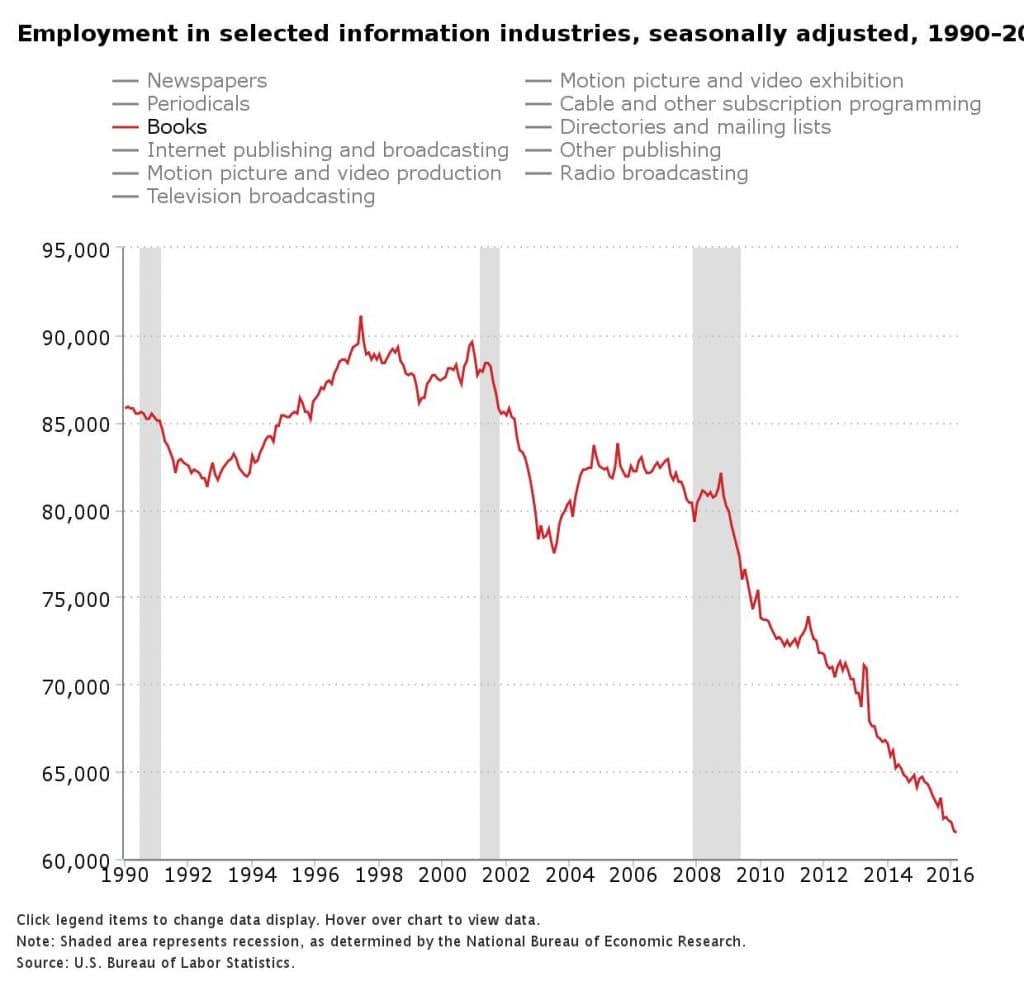 Over the last ten years the publishing industry has shed almost 25.7% of their workforce. This is primarily due to the rise of e-books, consolidation and how efficient modern publishing has become.

This chart reflects all jobs in the publishing industry, which includes general office staff and security guards. It is very likely that most of the lost jobs were due to Amazon and being able to sell book directly.

What makes the data valuable is that it’s from a single source covering over 25 years. That alone makes it worth considering as part of the picture of the health of the U.S. publishing industry.