You are here: Home / Book Expo America / Interview with Tanya Wright of True Blood and Maria Murnane at BOOK EXPO 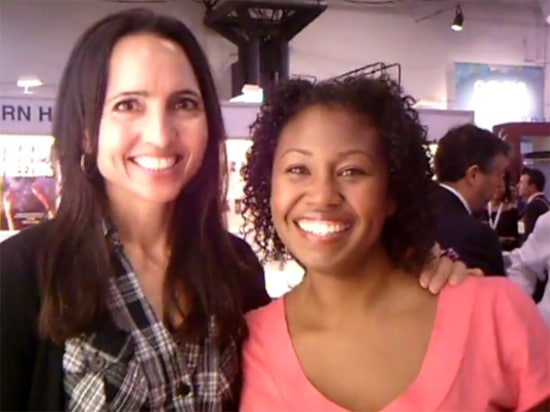 The ladies were attending Book Expo to promote Create Space and talk about their adventures in the world of self-publishing. We talked to them extensively about their new books and why they decided to go the self-publishing route. Both of them had very different stories and found success in totally different ways.

Tanya Wright talked to us about wanting more creative freedom in writing her book. She talks about how sometimes she is a bit of a control freak and wanted to be a part of the entire process. She also mentions how self-publishing allows her more freedom in exposing her books on as many sites as possible without having to be locked down to a specific publisher. Her recent book Butterfly Rising was picked up to be a feature film.

Maria Murnane talked with us about her new book Perfect on Paper – The (Mis)adventures of Waverly Bryson. She told us that she turned to self-publishing because she was turned down by traditional publishers and that drove her to prove them wrong. Ironically, after her book did so well, she ended up getting a major publishing deal.