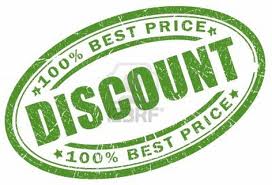 So says Macmillan Chief Executive John Sargent in an open letter posted on his company’s website. Sargent said that new retailer ebook contracts will allow retailers to discount certain titles priced at $13.99 and above by 10%. As Global Finance points out, those retailers who have settled their antitrust case will allow discounting on all their titles.

Sargent says that Macmillan will continue to fight the Justice Department because, as he says in a post on the Tor website:

There are two reasons we decided not to settle. First, it is hard to settle when you have done nothing wrong. Much as the lawyers explain to me that settling is completely standard business procedure, it still seems fundamentally flawed to me somehow. Call me old-fashioned. The second reason is the more important one. Since the very beginning, the government’s demands have never wavered in all our discussions. They still insist on the two year discounting regime that forms the heart of the agreement signed by the three settling publishers. It was our belief that Amazon would use that entire discount for the two years. That would mean that retailers who felt they needed to match prices with Amazon would have no revenue from e-books from five of the big publishers (and possibly the sixth) for two years. Not no profit, no revenue. For two years. We felt that few retailers could survive this or would choose to survive this. Simultaneous discounting across the major publishers (you could think of it as government-mandated collusive pricing) would lead to an unhealthy marketplace. As we heard of each successive publisher settling, the need to support retailers, both digital and bricks and mortar, became more important.

Of course, part of this makes no sense at all. Sargent conveniently omits mention of the fact that before Agency Pricing was put into effect, Amazon was free to discount as much, or as little, as it liked. This did not result in the death of ebook retailers. It’s brick and mortar retailers who are in trouble and discounting isn’t the thing that is causing this. Sargent, and most of the industry, doesn’t understand that the overwhelming convenience factor of online ebook purchasing is what is causing the problem for booksellers. Why go to the store to buy a book when you can get it from your couch? The difference in price of a dollar or two is not going to make much difference when this convenience factor is so strong.