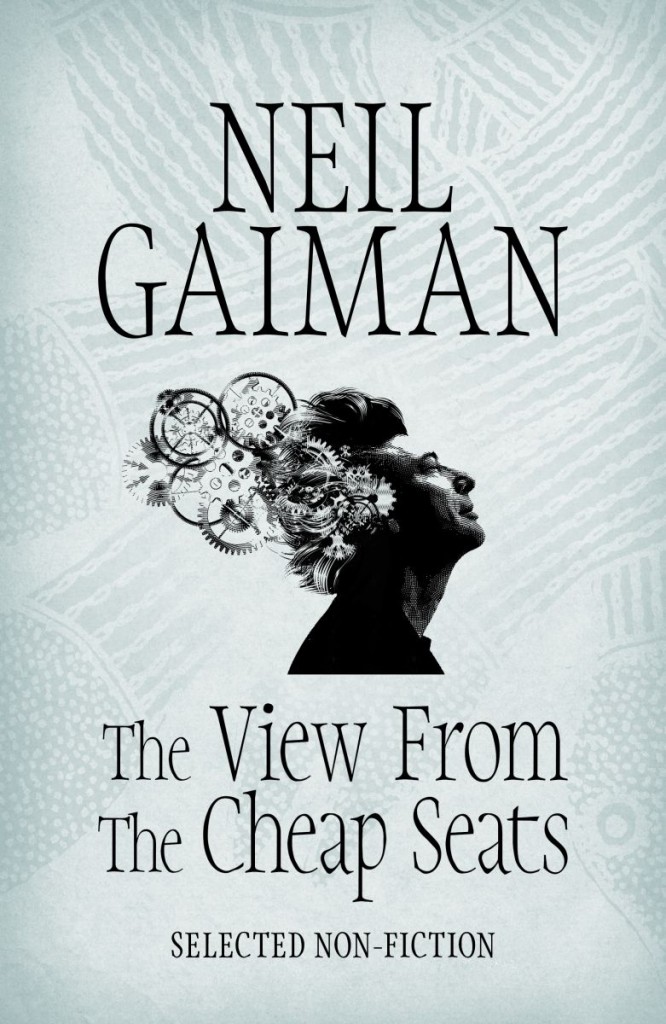 Neil Gaiman has a non-fiction book coming out this way that is entitled View From the Cheap Seats. This is his first non-fiction title where he shares essays and will be giving tips to indie authors.

Gaiman said: “I fled the world of journalism almost 30 years ago, for the safer shores of making things up. Still, the real world didn’t go away, and I’ve talked about it over the years. I’ve written about libraries and refugees and being mournful at the Oscars, ‎written about books I loved and why comics were not tulip bulbs, written about my friends, living and dead, written about the things and people who have kept me going in the dark times…Now I’ve assembled a thick book, filled with non-fiction. That will, I hope, inspire and enlighten, and perhaps send some of you off to find new authors, or to write books of your own.”

View from the Cheap Seats will very likely become a bestseller and will become essential reading to anyone who has enjoyed Neverwhere or American Gods. The book is going to be released May 31st in Canada, the US and UK in hardcover and digital.