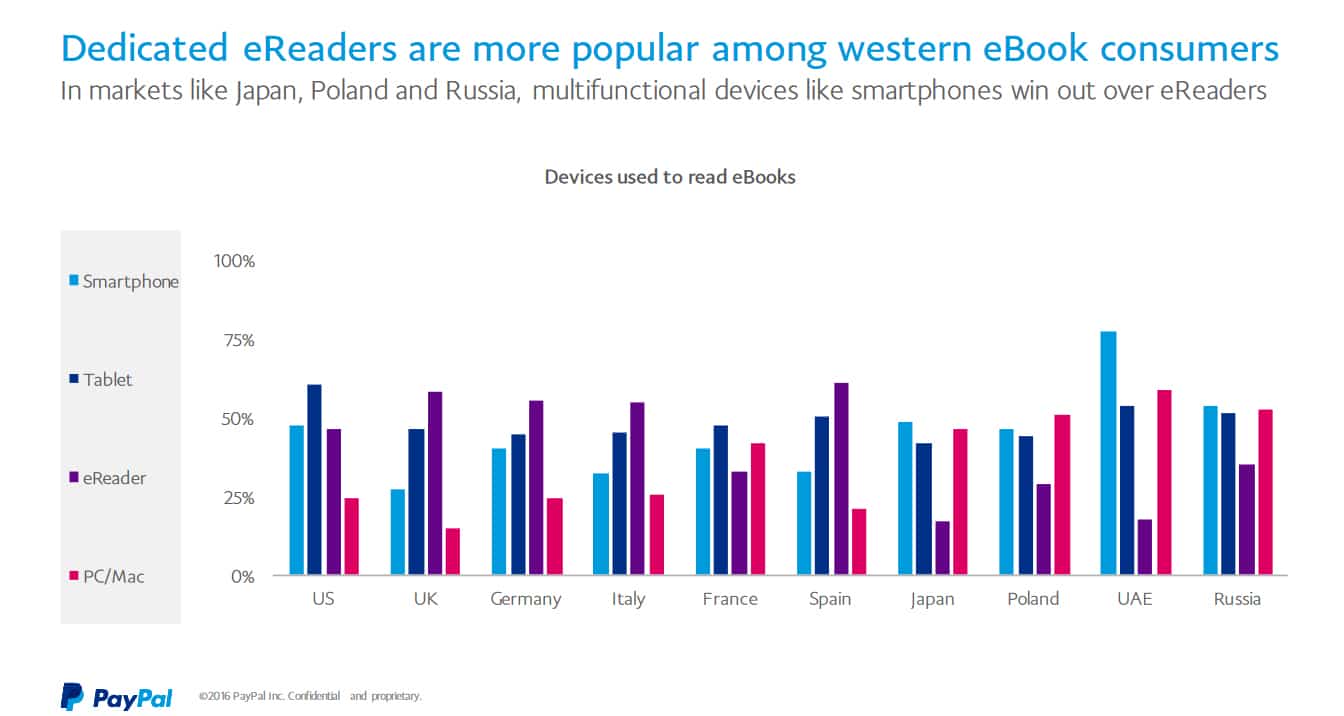 PayPal has issued a report that focuses on e-books, piracy and the most popular devices that people use.  I think that the company is in a solid position to release meaningful data because so many app developers and digital bookstores use them for payment processing.

Sixty percent of U.S. respondents read eBooks on their tablets, and 66 percent cited they purchase eBooks because they are cheaper than buying a hard copy and they can read it right away. With 42 percent citing that they buy/download an eBook immediately after becoming interested in it for the first time, there is a captive audience of impulse eBook buyers that merchants can cater to with a simple and secure checkout process so their customers can instantly dive into the book.

Paypal found that 80% of people buy e-books  because due to ease of use when it comes to payment methods. This is clearly evident when you are purchasing Kindle books and using the one click checkout functionality, you don’t even have to enter any payment details. Paypal also has a “remember this pc” so you don’t need to keep entering your login and password.

When asked how they view piracy, respondents pointed to not wanting to hurt the artists (game developers and authors) as a key consideration. For eBooks, 33 percent stated that piracy hurts authors and publishers, compared to only 11 percent who stated that piracy was acceptable if an eBook is too expensive.  Paypal said that Russia has the highest rate of e-book piracy, primarily blaming high prices.

What I found most interesting about this survey was that dedicated e-readers proved to be more popular in Western markets, whereas in the East people tend to use their smartphones. Meanwhile in Europe the average price of an e-book is around $13.00. People in France tend to not make impulse purchases when it comes to buying an e-book, they normally wait 10 days before buying something they are interested in.

You can read the full survey HERE.