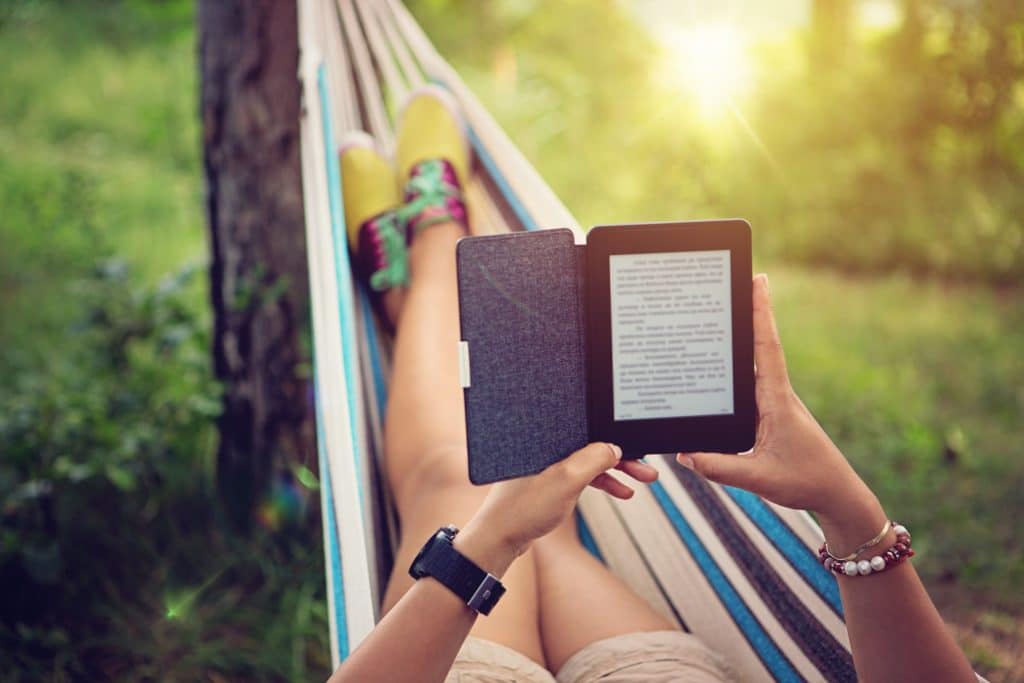 The National Endowment for the Arts monitored American reading habits in 2017 and have just issued a new report. They found that adults who read ebooks and listen to audiobooks consumed the most books per year: a median of 10 compared to four for print-only readers. Print reading, though, is ceding to e-book reading and audiobook listening. In the survey, 44.5% of adults said they read or listened to books in digital formats and just 25.1% of adults stating that read print books alone.

When it comes to people who read or listen digitally,  50.6% said they read only ebooks, while 35.6% said they read ebooks and audiobooks, and 13.8% stated that they just dig audiobooks.  The report was a byproduct of a survey done in 2017 by a group of 1,500 people. I think it is important to note that since the data was analyzed, audiobook sales have exploded. A Pew Research Center study early this year found that the number of adults who used audiobooks in the past year climbed 6% from the 2018 period. Data from publishers support this narrative. An Association of American Publishers report, also from earlier this year, showed that sales of downloaded audiobooks leapt 37% from 2017 to 2018, marking the third consecutive year of double-digit growth for the category. In Britain, publishers have remarked a similar rise, noting a bump in audiobook sales even while print-book sales have dropped.

Some other takeaways from the report: