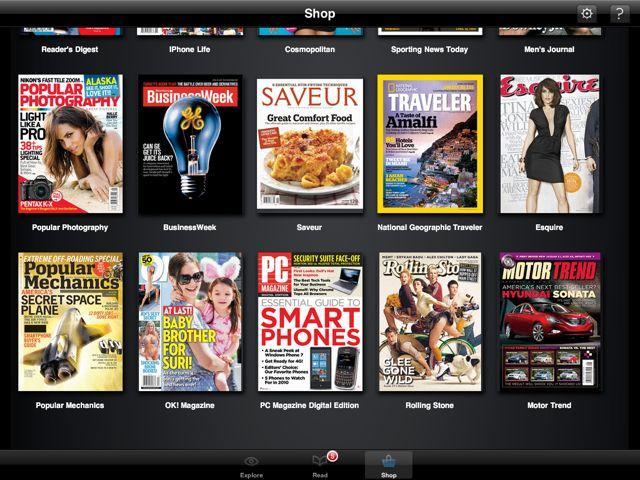 San Francisco based Zinio is one of the leading digital newsstands before Yahoo, Apple, and other companies found it fashionable to launch their own services. Yesterday the company raised 20 million dollars from unknown investors. The company is thought to primarily use the money for marketing to attract more magazine publishers and develop new HTML 5/CSS3 technology to allow for browser based reading.

Zinio is one of the quintessential success stories of the digital publishing world. The company is well known for its robust tool-kits that it provides publishers to convert the Adobe Indesign files they use for print publishing for a unique digital experience. Their magazines set the bar because of the interactive features and intuitive reading experience.

So what does 20 million dollars in investment capital do for a private company? Industry insiders are speculating that the company is seeking to bolster its portfolio of publishers to combat the rising tide of the Apple Newsstand. When we spoke to the company a few months ago, when Apple was first launching their product, representatives were very nervous when questioned on how it would effect their business model.  During our discussions, it came out that six weeks before the original Apple iPad debuted, both companies were working together to ensure that when it launched they would have a digital publishing company to provide content. Since then, Zinio has been one of the App Store’s most popular downloaded apps for the last two years. Suffice it to say, the iOS platform is Zinio’s bread and butter and accounts for a large chuck of their annual revenue. Now that Apple has integrated their own newsstand, it puts the Zinio model in doubt, unless they innovate.

Not only are they trying to secure new publishing partners, but they are also secretly developing a new HTML5 and CSS3 browser based interface that would allow most computers, smartphones, and tablets to take advantage of their service. This makes sense because app development for as many platforms as they support are tedious. Gravitating towards a more streamlined process via Chrome, Safari, Firefox, and Internet Explorer is how they will stay relevant in the next few years.

There is no surprise that Windows 8 is going to come out soon and Microsoft publicly announced that there will be no more browser based extensions or Add-ons. The company is relying on the future of HTML5 to provide rich media content and Zinio is once again innovating before the competition does.