You are here: Home / Audiobook News / Radish is betting short fiction will appeal to e-book readers 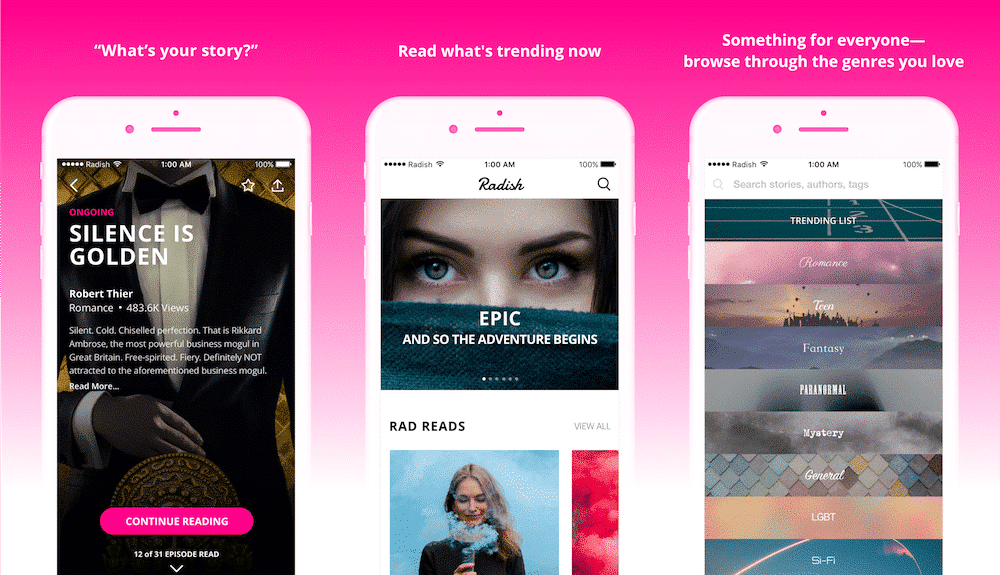 Over the course of the past two years e-book sales continue to plummet, as people are gravitating back to print. One of the segments that is growing at a rapid pace is serialized and short fiction that are easily read on your smartphone. Some of the most notable companies that seem to be making money are Rooster, Harlequin Book Breaks, Bookshots and Crave. A new company is attracting the pocketbooks of venture capitalists and Radish and just raised $3 million dollars to grow their platform.

Radish has been in beta for around a year and the company specialises in short fiction and serial fiction from authors that are submitting content directly to their platform. Writers can make their content available for free or experiment with the freemium model where readers can pay to read a chapter now, or wait to read it for free at a later date. Some books are also pay to read, but they are really inexpensive, only a few dollars.

Authors get 50% of all of the revenue their books earn on the Radish platform, which makes it compelling to people who normally just submit their content to Kindle Direct Publishing and hope for the best.

You can think of Radish has a monetized platform that is simpler and more elegant than Wattpad.  Some writers are earning over $13,000 per month with selling their books, which is fairly solid.