You are here: Home / Digital Publishing News / RNIB Read Day Was an Unbridled Success in the UK 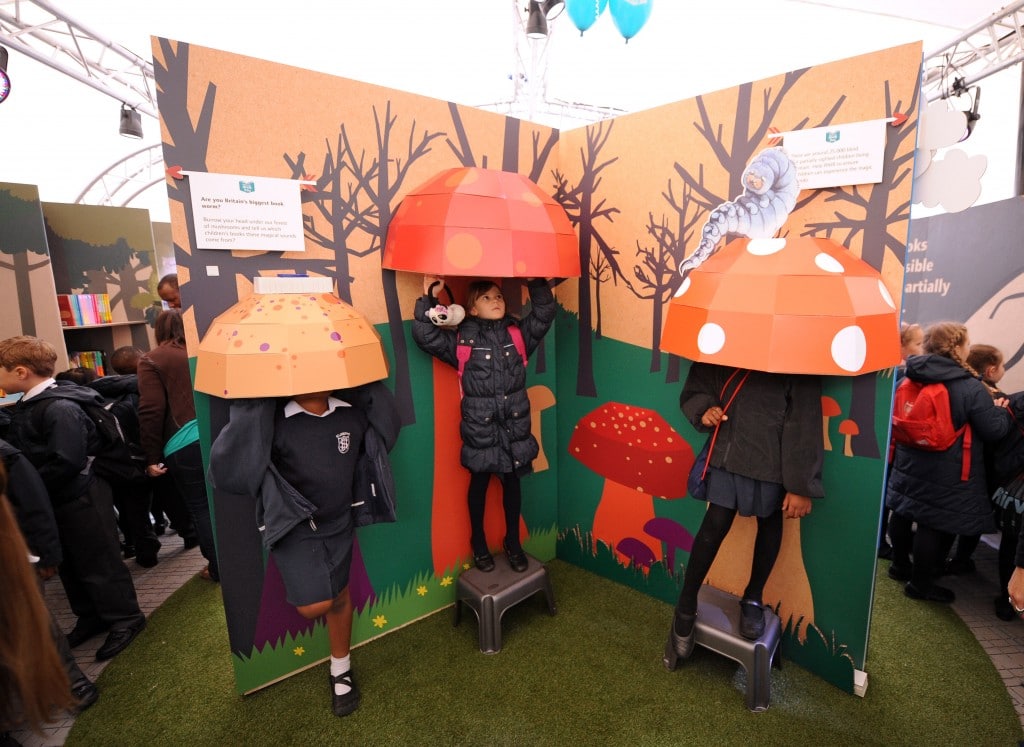 The Royal National Institute for Blind People has just wrapped up the annual Read Day in the United Kingdom. Research found that only seven per cent of books are accessible to blind and partially sighted people. This is something RNIB is set on changing. To highlight the importance of reading, RNIB hosted a literary wonderland that was a big hit with children to see, touch, smell, and hear, bringing the magic of reading to life.

Imogen Armstrong from RNIB told Good e-Reader that: “The response to the RNIB literary wonderland has been absolutely fantastic. Around 20 schools have attended and some very excited children have had the opportunity to explore stories through senses other than sight. Hopefully people will take some of the fun and excitement away with them to get involved with Read for RNIB Day next year.”

Actor Michael Sheen OBE has recorded quotes from well known children’s books, which was played at the event. He said: “Reading and stories are such an important part of childhood; they’re what inspired me to write. It’s terrible to think that some people are denied this because they can’t see. I heard about RNIB’s work and wanted to get involved in Read for RNIB Day. We hope to inspire and encourage people to read and get involved in the campaign which raises funds for services such as RNIB’s National Library Service which offers books in alternative formats to blind and partially sighted people.”

The RNIB used this event and all the press surrounding it to encourage major publishers to send them advanced copies of digital ebooks to optimize them for visually challenged people.