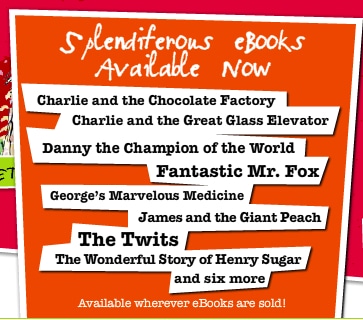 If you are a fan of Charlie and the Chocolate Factory and James and the Giant Peach by Roald Dahl, you are in luck. Eight of his most popular books are getting the ebook treatment in North America. This marks the first time these books are available in digital format outside the United Kingdom. The release in the USA come courtesy of Puffin, which is a division of Penguin.

The full list of new ebook titles includes James and the Giant Peach, Charlie and the Chocolate Factory, Charlie and the Great Glass Elevator, Danny, Champion of the World, George’s Marvelous Medicine, The Wonderful Story of Henry Sugar, Fantastic Mr. Fox, and The Twits.

The new ebooks are poised to sell a number of units and boost sales for major online retailers. More than 25 million of Dahl’s books are in print in the U.S. alone, according to Penguin.