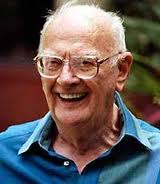 For the first time, 35 titles by science fiction master Sir Arthur C. Clarke are now available in ebook form from RosettaBooks.  Clark was one of the premier science fiction authors who set the tone for a generation to follow him. He is perhaps most well known for this masterpieces Childhood’s End and 2001: A Space Odyssey. Clarke was also known for his short stories and was the only science fiction writer to be nominated for a Nobel Peace Prize. His stories have won numerous Hugo and Nebula awards, have been translated into more than 30 languages, and have sold millions of copies worldwide.

The RosettaBooks Arthur C. Clarke Collection costs $8.99 and is available at the Kindle, Nook, iBookstore, and Kobo stores.  The series it includes are The Odyssey (2001: A Space Odyssey, 2010: Odyssey Two, 2061 Odyssey Three, 3001: The Final Odyssey), Rama (Rendezvous with Rama, Rama II, The Garden of Rama, Rama Revealed), and Vanamonde (Against the Fall of Night, The City and the Stars, Beyond the Fall of Night). Of course, the other novels include Childhood’s End, Cradle, Dolphin Island, The Deep Range Earthlight, A Fall of Moondust, The Fountains of Paradise, Glide Path, The Ghost from the Grand Banks, The Hammer of God Imperial Earth, Islands in the Sky, Prelude to Space, Richter 10, The Sands of Mars, The Songs of Distant Earth, The Trigger Short Stories: The Collected Stories of Arthur C. Clarke (History Lesson, Volume I, The Sentinel, Volume II, The Star, Volume III, A Meeting with Medusa, Volume IV), Expedition to Earth, Reach for Tomorrow, Tales from the White Hart.

However, despite the press release, as of Wednesday morning I can’t find the books in the Kindle or iBookstores.